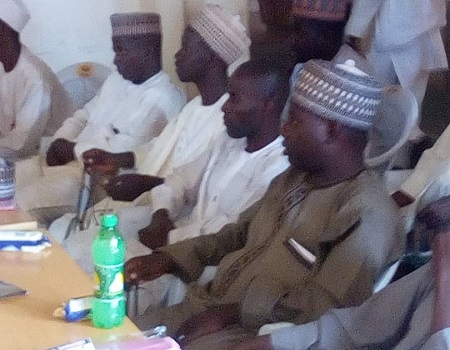 Federal and Northern state governments have been charged to establish special commissions or agencies that will regulate, supervise and transform the Almajiri system of Qur’anic education.

The charge was given by the Managing Director of Al-Absal Business Link, a trading company in Bauchi state, Alhaji Abdulrahman Yusuf Muazu during a seminar organized by the company in collaboration with Bauchi state ministry of religious affairs and social welfare on how to evolve a modern system of Qur’anic education in the state.

According to him, the Almajiri Education Agency when established would help in tackling the scourge of street begging, child abuse and other problems associated with the almajiri education system.

He said that it is high time for government at all levels to address the problems of Almajiri which deny millions of children access to formal education and subject them to begging and child labour for survival.

Abdulrahman Muazu opined that the number of Almajiris in the North is higher than that of herders’ children, hence the need to establish agencies and commissions to cater for them just like there are nomadic education agencies for children of Fulani herders.

” The Nomadic Education Agencies established in the northern states have gone along way in encouraging children of Fulani herders to go to schools”, he added.

He suggested that “Therefore, it is also pertinent for the federal and state governments especially in the north to establish a commission or agencies that will cater for the teeming Nigerian children enrolled in Almajiri schools. By so doing, such Agencies and Commissions will modernize the system such that these children can acquire both Qur’anic and Western education at the same time to be responsible citizens who can contribute to national development”.

Abdulrahman Muazu further said that the seminar was organized by the company as part of its corporate social responsibility in the state.

Also speaking, the state commissioner of religious affairs and social welfare, Alhaji Ahmed Jalam represented by a director in the ministry, Malam Sa’idu Adamu noted that the ministry is saddled with the responsibility of promoting religious tolerance, regulating and supervising religious activities in the state.

He, therefore, urged the Qur’anic teachers who were participants at the seminar to apply the knowledge they get during the event and help the government in modernizing the Almajiri system of education.