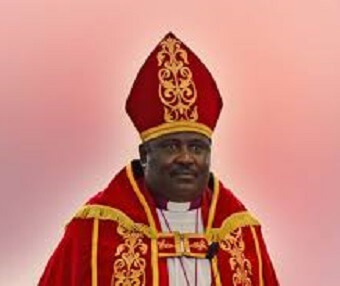 THE Federal Government has been urged to take deliberate steps to improve the sanctity of courts and security of judges and curb the spiraling trend into an era of impunity.

The Bishop of Ibadan Diocese, Church of Nigeria (Anglican Communion), Rev Joseph Akinfenwa, made the call on Thursday while giving a sermon at the special thanksgiving service to herald the 2018/2019 legal year by the Oyo state judiciary at the Cathedral of Saint James, the Great, Oke-Bola in Ibadan.

Bishop Akinfenwa who condemned the violence and unnecessary loss of lives in Jos appealed to the Federal Government and the Plateau state government to rise to the occasion and stop the killings adding that, it is no longer about who is right or wrong but about the sanctity of human lives.

He urged the judiciary to step up and ensure that the country does not enter into an era of impunity adding that the power to do so rests with them.

“We must not return to the era of impunity. The danger is that when impunity reaches a point, law of the jungle takes over and this is dangerous because when it does, nobody is safe; it can lead to a revolution. I plead with the judiciary to arrest impunity as a patriotic duty; a situation where people do evil and beat their chest that nothing will happen should be stopped.

“As we go into another political dispensation, the judiciary needs forthrightness, thoroughness and a great measure of wisdom to sail above legal technicalities in dispensing justice. The political tension due to godfatherism is a terrible situation; when a base is dependent on a single godfather, it is faulty because political favour should through popular acclaim from the people and not from a godfather.

“It is a shame that we still act like we are in the stone age. We want politics that is issue based and not a cult of personalities. I urge judges and the legal community to use their professional life to promote peace and be instrument of peace,” he said.

Speaking after inspecting the guard of honour which followed the simultaneous thanksgiving service at the church and the Central Mosque, Oja Oba, the Chief Judge of Oyo state, Justice Munta Ladipo Abimbola, stated that the service was to seek God’s blessings in the new legal year and rededicate themselves to the cause of justice and the administration of justice in Oyo state ahead of the new legal year.

“The occasion is to renew our commitment to the cause of justice and improve justice delivery in Oyo state. I promise by the grace of God that this legal year, we will be able to fast-track cases and deliver judgment within reasonable time,” he stated.

He pledged that the state judiciary is ready and committed to dispensing justice to all without fear or favour in the new legal year.