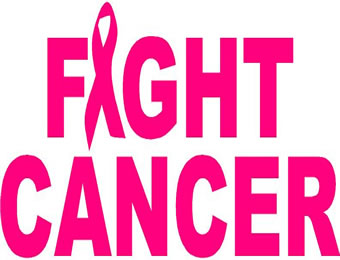 ​The Minister of Health, Dr Osagie Ehanire made this known this Thursday at the launching of the state strategic plan for Cancer Control.

​The Minister, represented by the Medical Director of Federal Medical Centre, Birnin Kebbi, Dr Hamza Balarabe described the Programme an indication of the State Government commitment’s to Healthcare Delivery.

​Dr Ehanire said it was in recognition of the Governor’s giant strides that the Federal Medical Centre and Kebbi State Medical Centre, Birnin Kebbi were included as beneficiaries of Cancer access partnership to provide Cancer Medicine at 50% discount.

​In his remarks, Governor Abubakar Atiku Bagudu called for the mobilization of resources towards Cancer Control.

He announced that the launching of indigent cancer patient fund, the first of its kind in the country was aimed at providing accessible and affordable healthcare to Cancer Patients, assuring that only those in need would be catered for by the fund.
​Governor Abubakar Atiku Bagudu was also aware of the prevalence of hypertension, diabetes and other life-threatening diseases and the need to support the patients.

​Also speaking, Wife of the Governor, Dr Zainab Shinkafi Bagudu said cancer has been responsible for more than 72,000 deaths annually, describing it as a global pandemic and emphasized the necessity for proper cancer control plan.

​In their goodwill messages, a cross-section of partner agencies commended the efforts and commitment of Governor Abubakar Atiku Bagudu and his Wife Dr Zainab Shinkafi Bagudu in the provision of effective healthcare delivery to the people.

​They said the provision of state of the art facilities at the chemotherapy, oncology, laboratory and other areas was a testimony of a better future for Cancer patients and urged other states to emulate Kebbi state.

​The State Government launched the indigent cancer patient fund with twenty million nairas.
​Governor Abubakar Atiku Bagudu who flag-off the launching said the gesture was aimed at saving the lives of indigent cancer patients who could not afford the bill and commended other well-meaning individuals and corporate organizations for their contribution.

​She commended the partner agencies for their support to the success of the launching and commissioning of the Chemo-Therapy and Oncology Unit.

​Also, the Chairman House of Representatives House Committee on Health Dr Yusuf Tanko Sununu commended Kebbi State and Dr Zainab Shinkafi Bagudu for being in the vanguard in the fight against cancer especially to indigent members of the society.

​He said provision has been provided in the Federal Budget to cater to cancer patients in the country including Kebbi state.