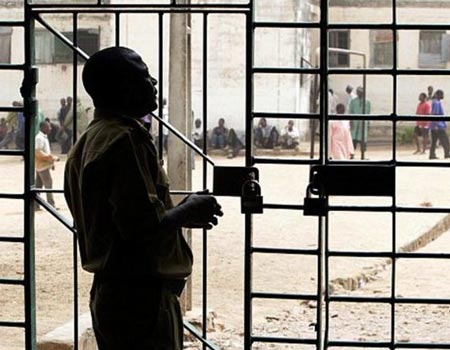 Foreign Affairs Ministry has frowned on call by Amnesty International (AI) on the Federal Government to halt the planned execution of some inmates on death row in Lagos State.

The Ministry made the remark in a statement issued by Amb. Olushola Enikanolaiye, its Permanent Secretary on Friday in Abuja.

Enikanolaiye stated that the AI had on April 21, urged the Federal Government to establish an official moratorium, with a view to abolishing the death penalty.

The permanent secretary, however, said that the Lagos State Government had yet to officially confirm its intention to carry out executions at the Kirikiri Prisons.

According to him, Federal Government acknowledges the growing global preference for the abolition of death penalty.

He said that the Federal Government was aware that total abolition of the capital punishment was yet to be established as a globally acceptable human rights norm.

Enikanolaiye said the claim by the AI that death penalty was an outdated and cruel punishment which violated the right to life was just propaganda by the organisation.

He said that AI by its claim ignored the rights of the traumatised family members of victims of violent crimes and rather threw its weight behind those who committed heinous crimes against Nigerians.

Enikanolaye explained that death penalty, as contained in Article 6 of the International Convention on Civil and Political Rights was an exception to the right to life as long as it was not arbitrarily imposed.

“Furthermore, it is reaffirmed that Nigeria, incontrovertibly possesses the sovereign right to determine its laws and operate a criminal justice system within the rule of law.”

“The imposition of death penalty is a constitutional matter in Nigeria clearly spelt out under Sections 33(1) and 34(1) (a) of the 1999 Constitution (as amended).

“As AI is probably aware, in every democracy, sovereignty belongs to the people,” he said.

According to him it is therefore, repugnant and imprudent for AI to continue condemning Nigeria’s criminal justice system on the basis of AI’s randomly conducted experiment on the use of the death penalty.

“AI should refocus attention on defending the rights of the traumatised family members of victims of violent crimes, rather than the veiled support for those who have committed heinous crimes against the Nigerian people.”

“The Federal Government of Nigeria remains committed to complying with its international human rights obligations while upholding the Constitution and the demonstrated will of the Nigerian people.”

“The Federal Government has not deviated from its stated position of a self-imposed de facto moratorium on execution of the death penalty on federal cases following the restoration of democracy in 1999,” he said.

He, however, noted that the federalist nature of democracy equally makes death penalty the prerogative of the State Governments to impose and execute in accordance with the Constitution.

According to him, the Federal Government duly recognises that there is no right more sacred than the right to life.

“Hence, the precondition for imposing the ultimate penalty in Nigeria is conducted with impeccable fairness and propriety, as the Nigerian Judiciary follows an exacting standard and a heightened level of due process in the prosecution of death penalty cases.”

“Thus, the well-established safeguards for the prevention of wrongful conviction and execution of the death penalty are fully operational in these cases,” he said.