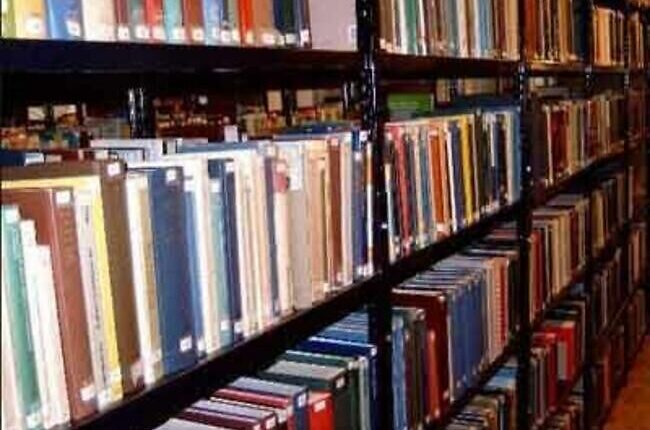 For over 30 years, the Federal Government has not employed a single professional librarian in its educational institutions in the country, the Nigerian Library Association (NLA) has disclosed.

The President of the Association, Dominic Omakaro, who stated this in an interview with journalists in Abuja at the weekend, also decried the abandonment of libraries in federal-owned Unity Schools in the country.

He said the NLA, despite producing over 135 professors and innumerable academic doctors in its 60 years of existence, the school library system has suffered because of a lack of interest by the government.

“Of course, you all know that we have a  National Library also, that is supposed to be a repository of the knowledge of Nigerians. The National Library building has been a monumental abandoned project for the last couple of years.

“But through the efforts of the association, we’ve got the government to get interested in the continuation of that building construction. As I speak to you, for those of us who are conversant with the news reports, we got the federal government under the leadership of President Muhammadu Buhari to transfer the funding of that project to TETFund.

“To the glory of God, we are proud to announce that the third founders release 15% of that contract sum to start back that construction. We are hoping that we will continue it.

“One other thing over the years we’ve also been able to do is that for this year for us as a profession, we decided that we needed to bring to the fore this particular area of neglect of the school library system.

“That is where our theme for our library week that was just celebrated last week is ‘Revitalizing the School Library system the way forward.’  How do we get back the libraries?

“For us, luckily, two days ago, I met the representative of the permanent secretary, Ministry of Education to inform them, because we’ve come to realize that in the last 20 30 years, the Federal Government has not employed librarians to run their school libraries.

“Every year, we spend money to do a readership campaign. If the school library system is not effective, it’s not functional,  how do we catch old men and women to start reading?

“So, for us as a profession, we think we need to draw national attention to the school library system. If we can promote it again, that will also help in catching these young children and removed their minds again and take them out of vices.”

Omakaro stressed the need for Nigerian political leaders to read more to broaden their knowledge for more effective leadership.

Citing the case of the United States, he pointed out that all former presidents there have presidential libraries because they realized the importance of keeping records that must be referred to for the sake of the present and future.

The NLA president added: “My advice to political leaders is they should go back to history. And the Nigerian democratic system is fashioned after the American system. And if you look at every precedent that have ruled America, they all come up with a presidential library.

“The impression they create with the establishment of presidential libraries is to let you know that you read a lot, they write papers. Their tenure is covered and that is why if you go to places like America, you have presidential historians.

“People dedicate their lives to a particular administration and they chronicle the activities, the achievements, the failures, the disappointments in book forms, and keep it on the shelf for posterity. And any leader that is coming that wants to know his way must first of all know where he is coming from.

“I mean, that is why we are happy, as an Association, that government is bringing back history. Because if you don’t know your history, how do you know where to chart your course?

“So, for me, my advice to them is to let them continue to read. Let them refer and make references to the past. That way, their future will be guided right, though not in the realm. There is something in those days, I don’t know how many of us can remember that.

“Somebody was talking about Ibrahim Babangida, that he was going to feed his daughter with a feeding bottle. I think it was a concord cartoon. And when they asked him questions, they were shocked that he read it.

“And he said in response, he rears all the newspapers published in Nigeria and that way, you can see that such a leader is in tune with people. When you don’t read, you are cut off from people. So, that would be my advice to political leaders.

Wike absolves self of FG allegations of stealing LG funds, others