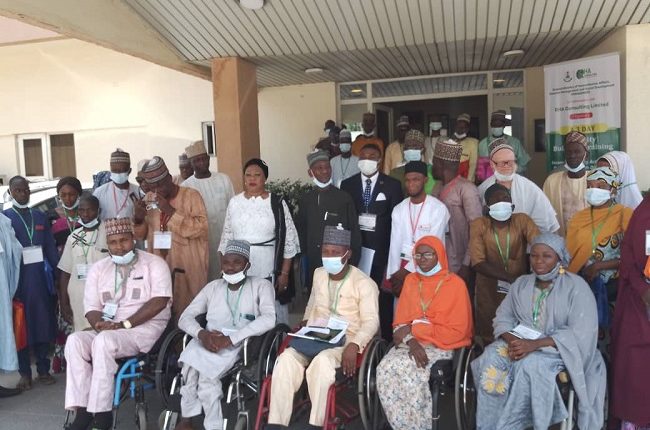 The Ministry of Agriculture and Rural Development has organised a workshop to build the skills and competencies of Persons Living with Disabilities (PLWD) on mitigation and adaptation strategies to address climate change.

The Permanent Ministry of Agriculture and Rural Development, Dr Ernest Umakhihe during
workshop on Mainstreaming Gender into Climate Change: Adaptation and Mitigation Strategies Against Climate Change for People with Disabilities (PWDs) said climate change is a lasting variation in the global climate in response to natural and human factors and has a devastating effect on agriculture.

Furthermore, Dr Umakhihe noted that the impacts of climate change, such as drought, floods, extreme weather events, reduced food and water security, and loss of agricultural lands affect men and women differently with women and People with Disabilities being the most vulnerable group.

“The thrust of this workshop, therefore, is to build the skills and competencies of People with Disabilities on mitigation and adaptation strategies to address climate change and its impacts in line with the Sustainable Development Goal (SDG13).

“The present Administration has re-positioned agriculture as a business and as an alternative to oil with a return on investment for smallholder farmers including People with Disabilities.

“Gender mainstreaming which entails addressing the concerns of men women and People with Disabilities in agriculture remains fundamental for empowerment, economic growth and poverty reduction where the concerns of all segments of society are addressed,” he noted.

Umakhihe asserted that the Federal Ministry of Agriculture and Rural Development is committed to the socio-economic empowerment of PLWDs and women in the sector through the NGPA as a prerequisite for eradicating poverty and promoting sustainable human development.

Also, the Director, Special Duties of the Ministry, Mrs Fausat Lawal said there is a need to mainstream gender into climate change which implies assessing the implications for women, and men including PLWDs of any planned action and ensuring that their concerns.