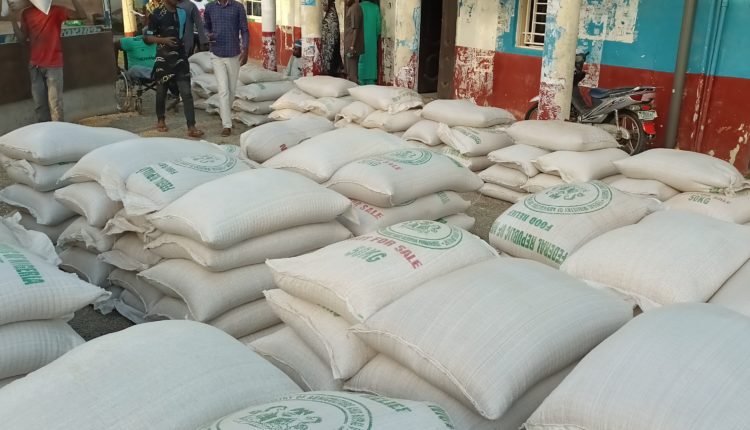 A number of less privileged persons in Bauchi state have received assorted food items from the Federal Government to cushion the effects of economic hardship.

While handing over letters of allocation of the items to the chairmen on Thursday, the Hon. Minister of State for Industry, Trade and Investment, Ambassador Mariam Yalwaji Katagum said that the gesture was aimed at cushioning the effects of hardship being faced by the beneficiaries.

Represented by her Special Assistant, Dr Ahmad Mabudi, the minister said, “It gives me great pleasure to be here with you today at the secretariat of our great party, the All Progressives Congress (APC) in Bauchi for yet another milestone and a historic moment to handover assorted food products for onward distribution to the vulnerable populace in the state.”

The minister described the gesture as part of President Muhammadu Buhari’s desire to bring millions of Nigerians out of poverty as well as cushion some of the economic hardship in the society.

She also said that “The bottom line of this is to ensure that these items or commodities were shared with the appropriate beneficiaries.”

The minister then commended the leadership of the APC in Bauchi State for making the event not only a reality but also, a success.

“I hope this will go a long way in alleviating hardship amongst our people, especially, the less privileged,” she said.

Speaking earlier, the State Chairman of the APC in the state, Alhaji Babayo Aliyu Misau said that the food items were meant for distribution to the less privileged people across the state.

Represented by the secretary of the party, Mustapha Zirami further explained that the food items are going to be distributed irrespective of party differences.

While commending the minister for facilitating the food items, the chairman, appealed to those saddled with the responsibility of the distribution to ensure that the items reach the targeted persons.

“We are not like the ruling party in the state, these items are to be distributed to the people of Bauchi State irrespective of political parties affiliation. We are fair and equitable to all,” he said.