FG clamps down on online newspapers, others 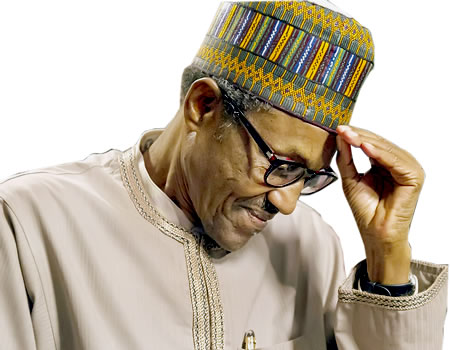 The Federal Government has begun secret moves that will see a number of online newspapers, blogs and websites perceived to constitute “threat to national security” permanently shut down.

Social media and Internet users may also not be exempted from the clampdown which will begin any moment from now.

The closest clue in what has been interpreted as an indirect attempt to gag the press and suppress opposing views since the advent of the current administration is the controversial bill to regulate social media which has passed second reading in the Senate.

Sunday Tribune can reveal authoritatively that the government, through the Nigerian Communication Commission (NCC), has engaged the services of a firm in Lagos to block the domain names of “several identified websites threatening national security.”

The Office of the National Security Adviser drew the list of the offensive websites and the number is in excess of 21, a memo written by NCC, a copy of which Sunday Tribune got said.

The letter, which was dated 20th October, 2017, is a reminder memo to the firm, indicating that other letters had earlier been written to the firm by NCC.

The memo was entitled: “Re: Request to Prevent the Commission of an Offence under Section 146 of the Nigerian Communications Act, 2003.”

It was signed by NCC’s Head, Legal and Regulatory Services, one Yetunde Akinloye, while an official of the agency co-signed on behalf of Engineer Haru Alhassan who is the Director, New Media and Information Security.

Reference is made to another letter dated 27th September, 2017 on the aove subject matter, directing the contracted firm “to restrict access to several identified websites threatening national security as identified by the Office of the National Security Adviser.”

Further to the said directive, the said firm “…is hereby required to immediately take steps to restrict access within the Nigerian cyberspace in respect of 21 (twenty one) additional websites by blocking the domain names. (The list of websites is attached).”

146         •1:          A licensee shall use his best endeavour to prevent the network facilities that he owns or provides or the network service, applications service or content application service that he provides from being used in, or in relation to, the commission of any offence under any law in operation in Nigeria.    •2:          A licensee shall, upon written request by the Commission or any other authority, assist the Commission or other authority as far as reasonably necessary in preventing the commission or attempted commission of an offence under any written law in operation in Nigeria or otherwise in enforcing the laws of Nigeria, including the protection of the public revenue and preservation of national security.     •3:   Any licensee, shall not be liable in any criminal proceedings of any nature for any damage (including punitive damages), loss, cost or expenditure suffered or to be suffered (whether directly or indirectly) for any act or omission done in good faith in the performance of the duty imposed under subsections (1) and (2).

Reacting, Minister of Communications, Alhaji Adebayo Shittu, said he was not aware any memo originated from the Nigerian Communication Commission instructing any firm to gag the press, particularly the online newspapers, Internet and social media users or shut them down.

Shittu told Sunday Tribune that no instruction would be given to the NCC without such passing through him as the Minister supervising the NCC.

“I am sure NCC will never ever write such a memo. I am sure it never happened.

“President Muhammadu Buhari or any of the people working for him will never do or encourage anything that will amount to gagging of the press,” he said.

Those deliberately devaluing the naira will be arrested —Adeboye