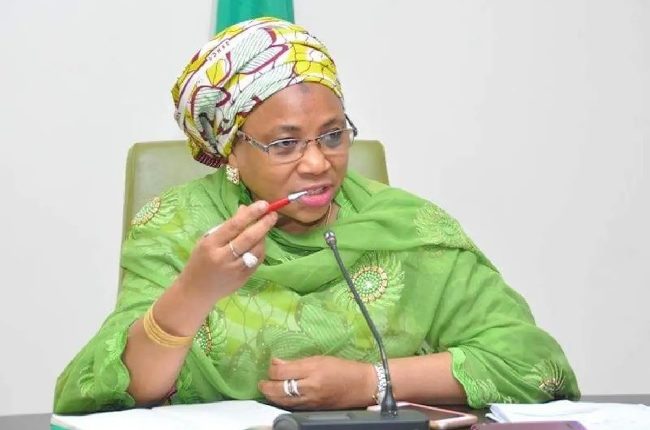 She said has come to realise the Wealth and Health benefits of Potato production, especially Orange Fleshed Sweet Potato (OFSP).

“It has come to the knowledge of the Ministry the immense Wealth and Health benefits in Potato production, especially Orange Fleshed Sweet Potato (OFSP) and as such the Ministry is willing to explore these opportunities within the Value Chain in furtherance to achieving food nutrition and security for our beloved country.

“The Ministry is willing to contribute to the development of the Potato Value Chain through its various Agencies and Research institutes with mandates on rendering technical support.

“I want to use this medium to urge the various Research Institutes, Agencies and Development partners with mandates on the Potato to work assiduously in creating solutions to the numerous challenges besetting the Value Chain, as well as new technologies and innovations to further improve production,” she said.

She said the objective of convening the stakeholder workshop is to create a forum for the stakeholders/major actors in the Potato Value Chain to chart a way forward for the realisation of the fullest potentials locked up in Potato Production, Processing/utilisation and Marketing.

Hajiya Babaginda said several challenges have been identified in the Potato Value Chain; right from the seed system protocols to the marketing of the produce. The challenges are quite enormous, but however, not one that is insurmountable.

“Therefore, all hands must be on deck to achieving this feat. There is no formal seed system for Potato, and it’s been a major drawback in the development of the Value Chain in the country,” she noted.

“It is my delight to inform you that the Ministry had earlier convened two regional meetings on Sweet potato in the South-South, Calabar, Cross River State and North-East, Yola, Adamawa State.

“Once the South-West meeting is done, I assure you that this sensitisation meeting would be held in the remaining (3) three geopolitical zones of the country, that is the (North-West, North-Central and South-East) regions respectively before convening a National Stakeholders workshop in a no distant future,” she added.

In his remarks, the Osun State Director of the Ministry, Engr Atoyebi Sunday, said aside from the wealth potentials of processing OFSP into various confectioners, its health benefits cannot be overemphasised as it is known to have enough nutritional values to supply the vitamin A requirement for children between the ages of 6 months to 5 years, support pregnant and lactating mothers and also help boost the immune system of the elderly.

He, however, reiterated that the purpose of the meeting is to provide solutions to many challenges facing the popularisation and adoption of the OFSP among Nigerian farmers and processors nationwide.

In the penultimate week, (March 7 – 13), there were 2,300 cases, a reduction when compared to the 2,817 recorded in the previous week’s (February 28 – March 6)…FG charges Agric research institutes on orange-fleshed sweet potato

Multinational oil companies are not committed to environmental sustainability ― Mulade