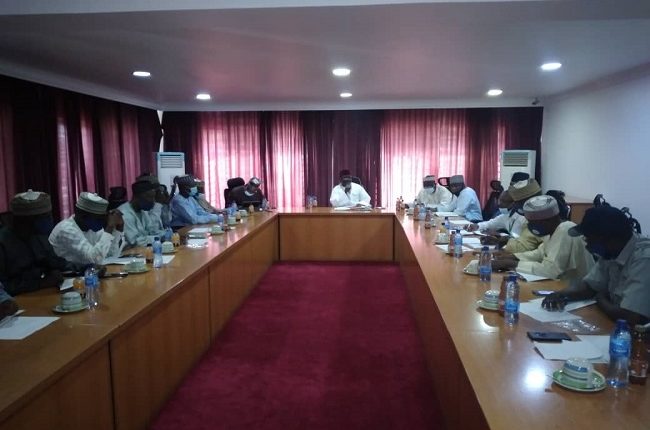 A total of 4000 housing units worth billions of naira are to be built by the Federal Government in partnership with the Bauchi State Government to be sold to low-income earners as main beneficiaries.

The disclosure was made by the Managing Director of Family Homes Fund, Mr Femi Adewole announced at a partnership meeting held between the State Government, Family Homes Fund and Organized Labour at the Mini Chambers of the Government House Bauchi on Saturday.

During the meeting, Femi Adewole explained that the new housing project would be constructed under the Federal Government’s Social Housing Programme as part of its plans to provide people of low income with affordable accommodations to ameliorate the housing deficit.

The MD also said that the Social Housing Programme is an initiative of the Federal Government worth N200 billion which is designed to construct 300,000 housing units in the selected states of the federation to be funded by the Central Bank of Nigeria (CBN) through the Federal Ministry of Finance.

He further said that on completion of the project before subsequent hand over to beneficiaries, all the beneficiaries will be assisted to access mortgage loans for the repayment period of not more than 25 years.

Femi Adewole added that “It is my pleasure to be in Bauchi again to introduce the Federal government Social Housing Programme and to outline the roles of organized labour in ensuring that citizens of Bauchi especially those who are on a low-income level have access to the housing programme.”

He added that “The programme is an opportunity for Nigerians to access affordable houses, create job opportunities for people on a low income, reviving industries through using their materials for the construction of the project and improve the general well-being of the vulnerable groups.”

He further noted that the Family Homes Fund was established by the President Muhammadu Buhari led APC administration as a social financing institution to mobilize financing specifically for homes which will be more affordable to Nigerians.

He added that “I am happy to report that, we are satisfied and delighted with the progress of the ongoing construction of 2500 housing scheme in Bauchi which is not only to provide affordable homes for the people of Bauchi but most significantly create job opportunities for many local people. We want to appreciate the Governor for working with us.”

Femi Adewole further said that in addition to the ongoing 2,500 housing scheme ongoing in the state as well as the new one which will soon commence, the Fund will continue to invest in the state throughout the tenure of the present PDP led administration.

Chairman of the meeting, State Commissioner for Housing and Environment, Hamisu Muazu Shira who spoke on behalf of the state Governor, Sen Bala Mohammed, assured of the commitment of the state government towards the immediate commencement of the new project in the state.

He said that “We consider Family Homes Fund as a good partner with Bauchi state government and today we are here to discuss on the yet another opportunity that Bauchi state will leverage on to ensure that lower-income earners, respected civil servants and people of the state benefitted from this golden opportunity.”

The Commissioner added that “We must thank His Excellency, the Executive Governor of Bauchi State, Senator Bala Abdulkadir Mohammed for the interest he has shown for the wellbeing of his people especially the vulnerable groups.”

State NLC Chairman, Comrade Danjuma Saleh who spoke on behalf of the organized labour, applauded the state government for partnering with the federal government for the construction of new four thousand housing units in the state.

Hundreds of followers of the Speaker of the House of Representatives, Hon. Femi Gbajabiamila have continued to react to the twitter message on his official twitter handle: @femigbaja, on his engagement with his counterparts from Ethiopia, Ghana, Kenya, Senegal and South Africa on the planned collaboration in the joint task of loosening the stranglehold of foreign debt on our economies, ahead of the 2021 conference of African Speakers, scheduled to hold in Abuja…housing units for low-income housing units for low-income

Kaduna Marathon: 20 international athletes to participate in the event ― el-Rufai