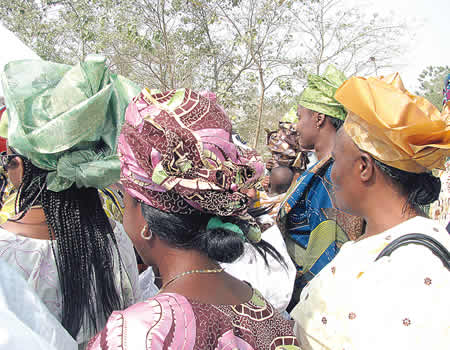 Experts have found that usage of traditional medicines varies across ethnicities in Nigeria, with the most common reasons for its usage among adult women being fever (40 per cent) and Jedi-jedi/pile (29per cent).

In a new study, researchers found a high rate of traditional medicine usage (81.6 per cent) for multiple reasons among women living in a major urban centre in Nigeria, with the Igbo and Hausa ethnic groups less likely to use traditional medicine than their Yoruba counterparts.

The study, which suggests that affordability may not be the major factor in women’s decision to use traditional medicines said educated women were less likely than their non-educated counterparts to have used traditional medicine, with the biggest effect seen in women with secondary education.

It had involved 748 adult women who were recruited from the communities in the city of Ibadan from 2013 to 2015. These were healthy controls for the Nigerian Breast Cancer Study (NBCS), a case-control study of breast cancer.

A structured questionnaire was created to collect data on rates of traditional medicine use and demographic factors such as age, education, ethnicity, and occupation.

They declared, “As Ibadan, the site of this study, is a majority Yoruba city, individuals from other ethnic groups are most likely immigrants from other areas. This precludes us from generalizing our conclusions to the general Hausa or Ibo populations, as there may be differences between minorities who immigrated to Ibadan and those who stayed in their hometown.

“In addition, when income is included in the regression model, the significance of ethnicity decreases and suggests that income differences among the ethnicities may account for some of the differences in traditional medicine usage. However, it is important to note that the effect of ethnicity remained significant even after controlling for factors such as education, income, and occupation.”

They, however, declared since it is possible that beliefs towards health and illness differ among the ethnic groups, thus affecting attitudes and usage of traditional medicine, further studies are needed to investigate the reasons behind these differences.

Towards ending secrecy, shame around mental illness: The Unashamed 2020 Campaign

Herbal cure for COVID is possible, but —Prof Omilabu

(SPONSORED) PERMANENT CURE FOR ANY KIND OF ULCER:  Get Rid Of Ulcer Completely With…