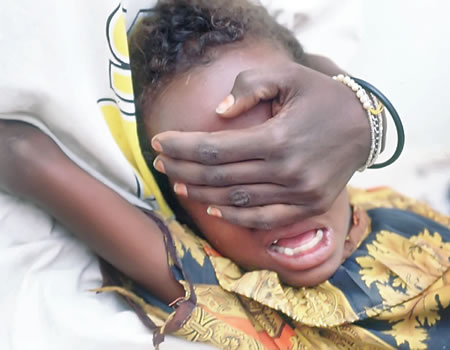 Despite campaigns and enlightenment as well as legislations, the act of Female Genital Mutilation (FGM) is a tradition that continues to thrive in the society. YEJIDE GBENGA-OGUNDARE reports.

The art of removing partially or totally, the external female genitalia or causing some form of injury to the female genital organs for cultural and non-medical reasons, technically known as Female Genital Mutilation (FGM) and is sometimes called female genital cutting or female circumcision is one that has refused to go extinct in spite of massive action from governments and organizations the world over.

In Africa and Nigeria especially, the World Health Organisation (WHO) research revealed that the tradition of mutilating the female genital organ is basically based on psychosexual reasons. It is believed that if certain part of a woman’s sexual organ is not cut off, she will be sexually insatiable and unfaithful

“FGM is carried out as a way to control women’s sexuality, which is sometimes said to be insatiable if parts of the genitalia, especially the clitoris, are not removed. It is thought to ensure virginity before marriage and fidelity afterward and to increase male sexual pleasure,” WHO said.

And over the years, calls and campaigns highlighting the evils associated with this tradition have not stopped people from engaging in the act. Indeed, the level of compliance to calls to stop this harmful practice continues to be quite low. During the last commemoration of the International Day of Zero Tolerance for Female Genital Mutilation few days back, the United Nations Children Fund (UNICEF), confirmed that though there is little progress in the fight against FGM, there is still so much to do as some states in Nigeria still have a high rate of FGM.

The UNICEF Representative in Nigeria, Mohamed Fall stated that, “We applaud the progress that has been made in Nigeria, but there is still a long way to go. Even though this practice has persisted for over a thousand years, our evidence tells us that with collective action, it can end in one generation.

“Every study and every bit of evidence we have shows there is absolutely no benefit to mutilate or to cut any girl or woman for non-medical reasons. It is a practice that can cause severe physical and psychological harm. It is recognized internationally as a violation of the human rights of girls and women,” Fall stated.

According to UNICEF, based on a 2013 National Demographic and Health Survey, five states in Nigeria have high rates of FGM as the rate in the states are more than 60 per cent; Osun and Ebonyi records the highest at 77 and 74 per cent respectively, Ekiti has 72 per cent; Imo, 68 per cent and Oyo, 66 per cent.

UNICEF at the celebration called on governments at all levels, civil society organisations, traditional and religious leaders to join together and end the scourge of Female Genital Mutilation and Cutting (FGM/C) in Nigeria, adding that it is working with federal and state governments, especially in the southern states where the practice is most prevalent, training partners, creating awareness at all levels and working with communities to convince practitioners and community members to promote an end to the practice.

The fight against FGM/C is still waxing strong in Nigeria and support is growing for the national campaign to end the vice as wives of the state governors, Imo and Oyo State Houses of Assembly are currently working on draft bills that will prohibit the practice and any custom or tradition promoting it. When the bills are passed, Imo and Oyo will join the other most affected southern states; Osun, Ebonyi and Ekiti that already have laws against the practice in place.

The wife of the governor of Lagos State, Mrs. Bolanle Ambode, during the last commemoration, urged mothers and all stakeholders to step up advocacy towards total eradication of FGM as it constitutes an extreme form of discrimination against women and girls, violating their rights to health, security and physical integrity.

Mrs Ambode wondered why women should continue to suffer such level of dehumanization, just to get social acceptance or avoid social stigma. “It is surprising that 45 out of every 100 adult women living in Lagos State have undergone FGM at one time or another as reported in the National Demographic Health Survey 2013. This is largely due to migration from those states where the prevalence in much higher,” she said.

According to the governor’s wife, only when mothers began to raise their voices against the act and governments initiate strong legislations, could the citizenry begin to race toward total eradication of the wicked practice in Africa and the world come 2030.

At the federal level, the First Lady of Nigeria, Mrs Aisha Buhari, in February last year, launched a national campaign to end FGM/C, calling on all parties to work together to halt the harmful practice. This call underlines the need for collective action at every level as it has been established that FGM/C violates a woman’s rights to health, security and physical integrity as well as the right to be free from torture and cruel, inhuman or degrading treatment and even, in some cases, the right to life.

FGM is however not solely an African challenge, the National Health Service (NHS) analysis statistics reveals that has found that though FGM is mainly in African and Middle Eastern nations practice and has been illegal in the UK since 1985, a case of FGM is either treated or discovered every hour in England and the problem was assessed by medics in England every 61 minutes between April 2015 and May 2016.

During this period, there were 8,656 occasions when women or girls attended hospitals or doctors’ surgeries and female circumcision was reported as being the problem, showing that, on average, brand new cases of FGM are discovered every 92 minutes.

Laws against female circumcision were strengthened in 2003 but there has yet to be a single successful prosecution, a failure which has been branded a “national scandal” by the Home Affairs Select Committee and according to Shadow Secretary of State for Women, Sarah Champion, “Until we get a conviction, I don’t think the message is going to go out, loud and plain, that this is child abuse and is unacceptable.”

Tanya Barron, the Chief executive of Plan International UK, which analysed the figures, said FGM is a problem that must be tackled “from the village halls of Mali and Sierra Leone to the classrooms of Britain” while the Home Secretary, Amber Rudd said “FGM is a devastating act of violence that no woman or girl should ever have to suffer and the criminals who perpetrate it should be brought to justice.”

The basis for the fight against FGM is the attendant health risks that goes with it as it is has been established that experience of FGM increases the short and long term health risks to victims and is unacceptable from a human rights and health perspective. WHO is opposed to all forms of FGM and is emphatically against the practice being carried out by health care providers.

Mrs Ambode while speaking on the health hazards associated with FGM,  stated that it is mostly carried out on young girls sometimes between infancy and age 15, causing much bleeding and health issues which include but is not limited to cysts, infections, infertility, as well as complications and even death in some cases.

Mrs Ambode noted further that it was erroneous and misleading to tie the gruesome procedure to family honour, hygiene, fertility, protection of virginity and prevention of promiscuity.

A medical practitioner, Sumbo Abdulmalik told Nigerian Tribune that there are short-term and long-term health risks associated with FGM and the long term risks can spring up at any period during the life time of victims, adding that all these hazards can have a lasting or life time effect on the victims.

“Other hazards include HIV, tetanus, reproductive tract infections, menstrual problems, keloids, obstetric problems, perinatal risks and sexual problems that mostly leads to divorce. I don’t know why a mother will allow her daughter to be subjected to these destructive hazards in the name of culture,” she said.

And from the legal angle, Barrister Olusayo Adeleye, the Executive Director of Potters Hands International Foundation for Women and Children said FGM is a serious violation of rights of the victims adding that there is provision for this under the Violence Against Persons Act 2015.

According to her, deeply ingrained cultural practices and refusal to recognize the inherent dangers in the practice is responsible for the increase in the practice and the unwillingness to desist from it.

She however concluded that, “before now, there was no law in place only moral persuasion, so people still carried out the act with impunity. Now with the law in place and coupled with aggressive enlightenment and sensitization by civil society organizations and individuals, it is expected that there will be drastic reduction.

“Since the act criminalises the act, it is the state that can prosecute offenders. So I call on all states to domesticate the act in order to strengthen the war against this harmful practice,” Adeleye concluded.

For Abiade Olanwale, the founder of Human of Substance Empowerment Initiative (HOSEI), she believes that the victims have the power to seek redress. “Victims can sue their parents but we should remember that this violation is done on babies in Nigeria. The law has not been able to stop the act because of the mindset of the people.

“Until we are able to convince people that FGM has no advantage and until we start prosecuting offenders in the court, it will not stop. The way forward is aggressive campaign, prosecution of offenders, victims speaking out,” Abiade said.

Would you submit to pre-marital genital test?

The enduring practice of circumcision