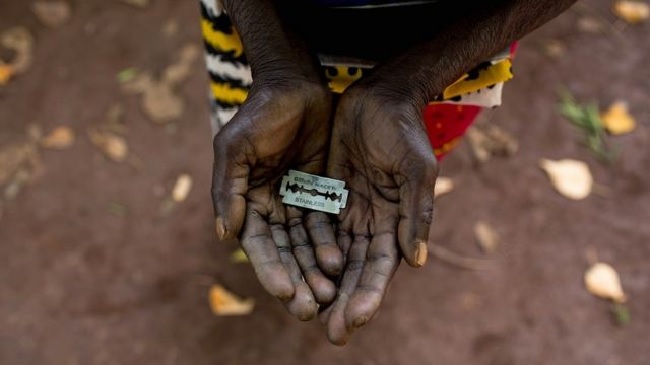 The Centre for Media Advocacy for Mother and Child (CAMAC) has described Female Genital Mutilation (FGM), as abuse on the right of women, inhuman and violence against women and girls.

In a statement issued by the Executive Director of CAMAC, Alex Uangbaoje to commemorate the International Day of Zero Tolerance for Female Genital Mutilation (FGM) recently said we must eliminate such practice.

The statement lamented that despite global campaigns to end the act, several countries, especially in Africa including Nigeria are still practising it.

According to Him, United Nations in 2019 revealed that “at least 200 million girls and women alive today have had their genitals mutilated, suffering one of the most inhuman acts of gender-based violence in the world.”

Alex noted that this inhuman act has deprived millions of women their right to enjoy sexual intercourse which to the destruction of so many marriages.

Female genital mutilation (FGM) involves the partial or total removal of external female genitalia or other injury to the female genital organs for non-medical reasons. The Female genital cutting is mostly carried out on young girls between infancy and age 15.

“Nigeria and Nigerians must join the campaign to end this barbaric act. FGM has no positive impact on the life of girls and women, rather it takes away their God-given right and inflicts everlasting pains that no medical therapy can correct.

“Even though the Nigerian Government in 2015, enacted a law banning FGM, the act is still being practised in some parts of the country. It is time Nigeria enforces the law to the letter by putting strong measures in place,” he said.

He expressed worries over UNICEF, joint statement with UNFPA to mark the 2021 International Day of Zero Tolerance for FGM, that “2 million additional cases of female genital mutilation may occur over the next decade as COVID-19 shutters schools and disrupts programmes that help protect girls from this harmful practice.”

A situation he said, everyone needs to fight against to avoid it and achieve the Sustainable Development Goal 2030 target to eliminate it.

He disclosed that as a media advocacy group, CAMAC has concluded an arrangement to launch a media campaign on Zero Tolerance for Female Genital Mutilation as part of her work plan for 2021.

Alex said some Nigerians told CAMAC that the effects of FGM are one that no one would wish their enemy because it takes away the joy of marriage from women and their spouses.

He quoted Mr Nwabueze, as saying “if not because I love my wife I would have divorced her by now due to the fact that our sexual experience as a couple has been affected because her being of FGM.

“60 per cent and above of married men from Igbo extraction cheat on their women because of how FGM has affected their relationship as husband and wife.”

According to UNICEF and UNFPA, “The same interventions that will end female genital mutilation will also support the power and agency of girls and women to exercise their human rights, reach their potential and contribute fully to their communities and futures.

Senate receives Buhari’s request to confirm ex-service chiefs, one other, as non-career ambassador-designates