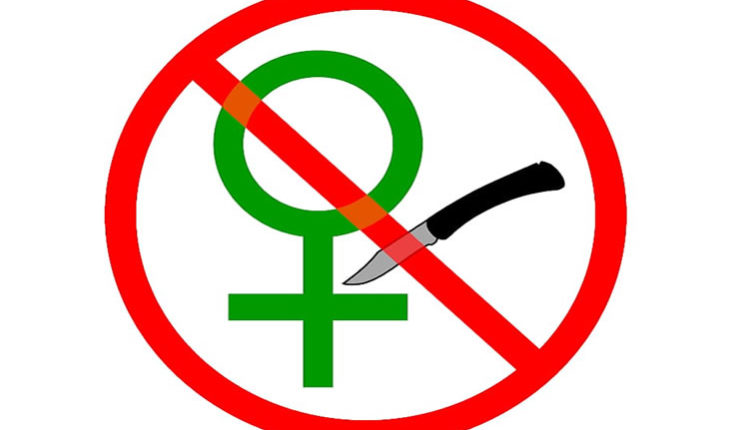 “Every female child is at risk of female genital mutilation because it is done as early as eight  days, after birth, at first pregnancy and first childbirth or even before marriage. It is a cultural practice that many people even today still hold on to,” said Mrs Olawoyin, a nurse and midwife.

Mrs Olawoyin, a State Reproductive Health Officer at the Oyo State Primary Health Care Board spoke at the “Capacity Building Workshop for Stakeholders on Female Genital Mutilation, Policies and Laws” for media practitioners in Oyo State

Female genital mutilation, the practice of partially or totally removing the external female genitalia, or causing injury to the female genital organs, for non-medical reasons, is practised around the world and affecting 200 million women and girls alive today.

Few scientific studies have examined the health effects of the procedure, which is often advocated locally on with the claim that it improves fertility as well as guarantee moral behaviour, faithfulness to the husband, protection of women from suspicions and disgrace, an initiation ritual, symbol of feminity and beauty, hygienic, health and economic advantages.

However, Mrs Olawoyin said stopping FGM is important because it can lead to infertility and other gynaecological problems, including infection such as HIV and hepatitis B. In some instance, it has caused the dissolution of marriages.

Children following mutilation usually suffer immediate complications and infections of the reproductive system, and repeated urinary tract infections that often lead to kidney failure. But very, very few make it to  the hospital. As a result, the untreated infections of childhood ascend to the uterus and fallopian tubes causing scarring, inflammation and infertility.

Mrs Olawoyin stated that infection is rife not only as a result of the unsanitary conditions in which the surgery is performed but also because the young age of the children lays them particularly open to infection.

But it is not just blocked fallopian tubes that cause problems; also the removal of genital tissue involves removing necessary glands.  Similarly, the changes in the vaginal environment after the mutilation may become unfavourable to sperm, and also less able to guard against constant infection leading to further inflammation – all of which reduces fertility.

Few scientific studies have examined the health effects of the procedure, which is often advocated locally with the claim that it improves fertility.  Studies from Central African Republic, Cote D’Ivoire, and Tanzania found that circumcised women had lower childlessness, lower infertility by age, and higher total fertility rates than women who were not circumcised; the reverse pattern prevailed in The Central African Republic. It was in the 2020 edition of the journal, Demography.

In 2005, researchers in Sudan found that infertile women had a significantly higher risk of having undergone the most extensive form of FGM, involving the labia majora (female external genitalia), than controls.

The  study published in The Lancet, examined the genitalia of 99 infertile women and 180 women that had undergone FGM in childhood to record the extent of FGM. They also tested the women for sexually transmitted infections that may cause infertility.

What is more, Executive Secretary, Oyo State Primary Health Care Board, Dr Muideen Olatunji, stated that women who have undergone FGM face heightened risks of serious childbirth complications that can threaten the life of both mother and newborn.

According to him, women who have undergone infibulation – where the labia are cut and sewn together to drastically narrow the vaginal opening – have to be cut open again to enable sexual intercourse and childbirth.

Scar tissue may not stretch enough to accommodate a newborn, making delivery even more painful than is usual, and making it more likely that the woman will need a Caesarean section or other emergency interventions

Meanwhile, Barrister Tolulope Adeoti said that the existing lacuna in laws on FGM had made them ineffective even though they should supersede cultural beliefs that continue to support the mutilation of girls.

According to her, “the Violence Against Persons Prohibition (VAPP) act does not expressly criminalise failure to report FGM that has taken place or is due to take place, The VAPP act and the Child Rights Act is not domesticated in some states. There is no or lack of conviction and report of gender-based violence. There is a lack of awareness of these laws; also there are conflicting provisions of the law.”

She dug her teeth into my flesh during fight, poured water on me while I had sex with my other wife —Husband