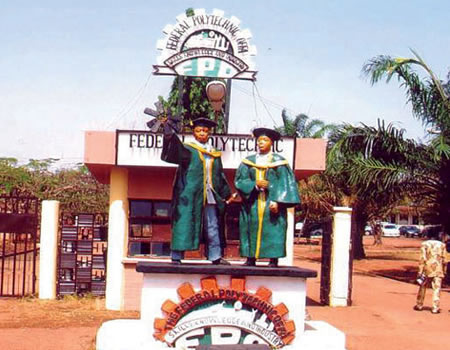 Federal Polytechnic Offa, Kwara state has joined the nationwide indefinite strike called by the Academic Staff Union of Polytechnics (ASUP) as lecturers of the institution on Tuesday stayed away from classes.

Meanwhile, their counterparts in the Kwara State Polytechnic, Ilorin were seen delivering lectures. The Nigerian Tribune gathered that the state government had since 2009 banned ASUP from operating in the state-owned institution.

Speaking with journalists on Tuesday, the chairman of the Federal Polytechnic, Offa chapter of ASUP, Dr Waheed Balogun, said that the institution lecturers were in total compliance with the strike declared by the national body of ASUP.

“Federal Polytechnic, Offa is in total compliance with the directive of the national body of ASUP to embark on industrial action to back up our demands. We have given the federal government a one-year ultimatum since March 2020 to attend to our demands which include payment of 10 months arrears of minimum wage, non-payment of promotion arrears, non-implementation of the 2014 needs report and non-release of revitalization fund to the polytechnics despite assurances since 2017.

“The non-reconstitution of the Governing Councils by the Federal government has also affected the promotion of staff and has also undermined the renegotiation of the union’s 2010 agreement with the goverment which was unilaterally suspended by goverment for over two years now,” Balogun said.

“The strike is total and there is no going back. We have just started a new session at the Federal Polytechnic Offa, from now henceforth, all academic activities have been suspended; there will be no lecture, no examination and marking of scripts will not be entertained by our members,” he said.