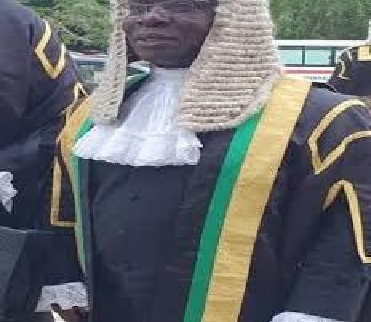 The Chief Judge of the Federal High Court of Nigeria, Justice John Tsoho, has announced the demise of Justice Ibrahim Watila, a judge of the court who passed on to glory after a brief illness on January 24, 2021.

Until his death, Justice Watila was serving at the Abeokuta Division of the court.

The Chief Judge, Judges of the Court, the entire Management and staff of the Court have commiserated with the family of the deceased.

Justice Tsoho described the late Judge as a sober and courageous judge, whose exit will be felt by the court, as well as the country at large.

He prayed that the Almighty God will grant his immediate family, relatives and friends the fortitude to bear the irreparable loss.

The Valedictory Court Session is slated for Thursday, January 28, 2021, by 11.00 am at the Ukeje Hall, Federal High Court Headquarters, Abuja.