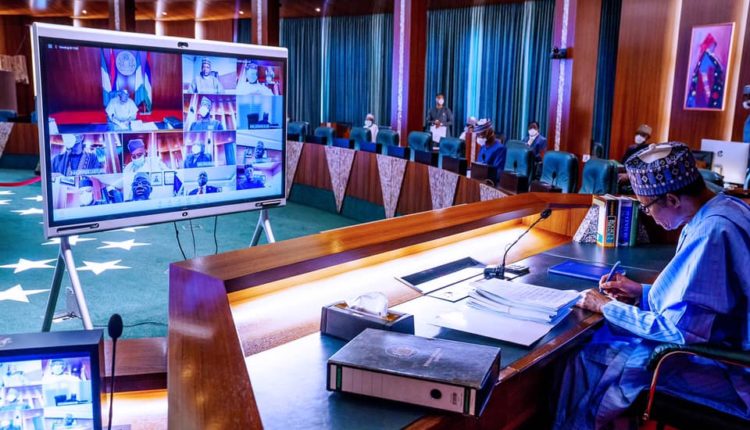 The Federal Executive Council (FEC) has approved N47 billion for the provision of additional 40 megawatts of electricity to the national grid.

Briefing State House correspondents after the virtual meeting of the council on Wednesday, Minister of Power, Sale Mamman, said the 40 megawatts would be evacuated from Kashimbilla Dam in Taraba State where it is currently being generated.

The approval followed a memo presented by the power ministry to FEC, which was presided over by President Muhammadu Buhari.

Mamman said: “The council approved the ministry’s memo for the revised estimated total cost for the augmentation of the subsisting contract in the sum of N47,235,303,821.90, to provide additional critical power grid infrastructure for the full evacuation delivery and utilisation of 40 megawatt, currently being generated form Kashimbilla, via Takum, Wukari and Yandev, to the national grid.”

According to him, the additional 40 megawatts will boost power supply in Taraba and Benue states as well as the entire North-East region of the country.

He said unless the generated power is evacuated from its source, the country will lose about 120 gigawatts of power, equivalent to $9 million in a year.

The council also approved the sum of N683 million for the purchase of 19 operational vehicles for the Nigeria Port Authority (NPA).

This was revealed by Minister of Transportation, Rotimi Amaechi, who also said at the briefing that it was the first time in four years that the NPA would buy vehicles.

“This is the first time in four years that the NPA is buying any vehicle, that is why the Council considered and approved it.

“These are operational vehicles not for management staff or any other thing. They are all Toyota.”

In his remark, Minister of Information and Culture, Lai Mohammed, affirmed that activities and programmes of government will continue to run despite the challenges posed by COVID-19.

We don’t have any COVID-19 patient in ICU, Bauchi govt says