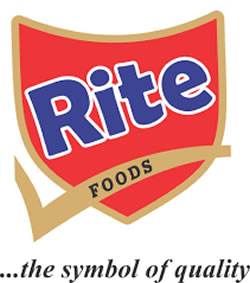 The Fearless drink brand, from the stable of Rite Foods Limited, has sponsored the ‘Brotherhood’ blockbuster movie premieres across Nigeria.

It was produced by Jade Osiberu, the founder of Greoh Studios in charge of the film production, alongside Abdul Tijani-Ahmed, and directed by the Ugandan filmmaker, Loukman Ali. With such a laudable story line, the movie premiered in Lagos on Friday, September 16, at the Jewel Aeida, Lekki with a show for fun seekers held at the Teslim Balogun Stadium, Surulere, Lagos, on Sunday, September 18.

To usher the release of the movie, the glamorous premiere event was filled with excitement and fun, with the cast dressed in various outfits that depicted their dramatic roles in the entertainment industry and befitting of the event theme. It was also an evening of captivating moments, which saw spectators commending the sponsor, Fearless energy drink, for its support for the movie industry in the country.

Eulogising Fearless Energy drink for the support, the Movie Producer, Osiberu, said the premium brand has helped in bringing what obtains in real life to theatrical performance, thus enlightening the populace of the consequences of criminal practices and how it impacts society, with much caution for self-discipline.

She further applauded the effort of the award-winning energy drink brand for promoting the good cause of the movie industry and also for taking it to an enviable height.

Speaking on the sponsorship, Rite Foods’ Head, Marketing Olumide Aruleba, remarked that the company, through the Fearless product, is committed to the promotion of Nigerian talents in entertainment, special skills, ideapreneurship, and cultural values for national development.

As a market leader in the energy drink segment, Fearless energy drink has in the past connected with its consumers in various spheres, especially in the entertainment sector, having blazed the trail with its inventiveness.

The brand consists of the Fearless Classic and Fearless Red Berry variants was introduced into the Nigerian energy drink market in 2017 and has set the pace for others in its segment, with the first-ever packaged polyethylene terephthalate (PET) bottle brands.

It has been spearheading laudable initiatives that have propelled growth in the entertainment sector and made talented young artists become megastars, a reason that prompted the sponsorship of the Max Live show held in May 2021, for budding artistes.

Subsequently, it powered the 2021 edition of Felabration, a one-week event held in commemoration of the late Afrobeat King, Fela Anikulapo-Kuti, with the presentation of the first posthumous award presented Fearless to the music icon.