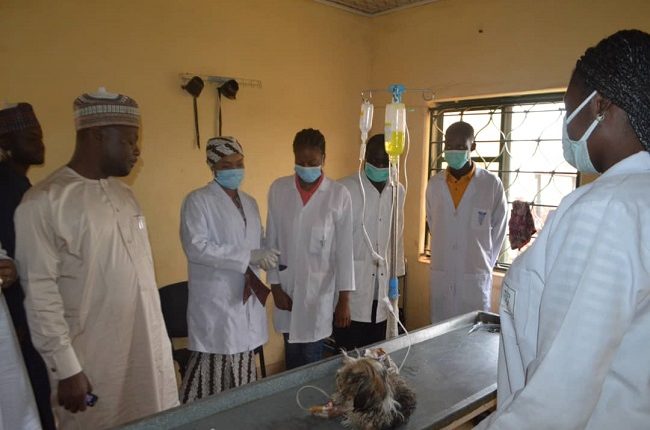 As part of efforts by the Federal Capital Territory Administration (FCTA) to mitigate the outbreak and spread of animal diseases in the FCT, Mandate Secretary of the Agriculture & Rural Development Secretariat, Mallam Abubakar Ibrahim, has disclosed plans by the Secretariat to strengthen its disease surveillance, detection reporting and control system.

The Secretary made this remark during a working visit to the FCT Veterinary Clinic at Nyanya where he expressed satisfaction on the state of facilities at the Clinic with particular reference to the diagnostic laboratory which was commissioned by the Honourable Minister of State, FCT, Dr Ramatu Tijjani Aliyu, in 2021.

According to Abubakar, “As you can see, the facilities here are state of the Art and comparable to the best anywhere in the world. I, therefore, would like to call on residents to patronise the clinics in order to access quality animal Healthcare.”

Speaking on the issue of disease prevention and control, the Secretary disclosed that the Secretariat has through the Department of Veterinary Services strengthened its surveillance system to enhance its capacity to detect and combat the outbreak and spread of animal diseases.

“We intend to build the capacities of our Veterinary Health officials and Doctors to expose them to the modern trends in disease surveillance and reporting,” he stated.

The Visit also took the Secretary to the FCT Fishmarket at Kado where he directed the Department of Fisheries to ensure that the issues that have prevented the full utilisation of the Laboratory be addressed to enable it to carry out its responsibilities of conducting daily laboratory tests to ensure the safety of fish sold to the public.