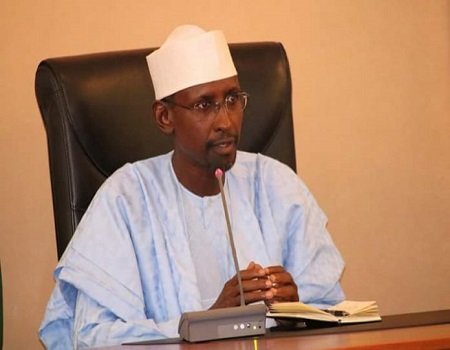 Minister of the Federal Capital Territory (FCT), Malam Muhammad Musa Bello, has again reiterated his administration’s resolve to partner with the Federal Road Safety Corps (FRSC) for strict enforcement of road safety laws in the territory.

He made this assurance while playing host to a delegation from the FRSC, led by the new Zone 7 Area Commander, Assistant Corps Marshal, Jonas Agwu, on a courtesy visit to his office in Abuja.

In a statement made available to newsmen in Abuja, on Sunday, by his Chief Press Secretary (CPS), Anthony Ogunleye, the minister stressed the need for the Corps to massively deploy men and equipment to ensure enforcement of road safety laws on the roads

Malam Bello commended him on his new post, urging him to place a lot of emphasis on the need for enforcement of traffic and road safety laws.

According to him: “Enforcement is key. You have to massively deploy men and equipment on a very, very sustained level. Not just one week or two weeks but a sustained level, even if it takes months.”

The minister said particular attention should be placed on the traffic congestion that occurs regularly at the Lugbe axis along the Airport Road especially in the evenings where unauthorised trading takes place usually under the pedestrian bridges.

Malam Bello emphasised that the laws establishing the FRSC were explicit and very strong, and called on the FCT Sector Command of the FRSC to put the laws to good use.

The FCTA, he said, will support and partner with the FRSC with the effective use of the Mobile Court system. The Airport Road, the Minister emphasized further, is the gateway into the City and should at all times reflect orderliness.

Earlier, Assistant Corps Marshal Agwu had commended the minister for his openness and support for the FRSC, which he said, had contributed to the successes achieved by the Corps in the nation’s capital.

He also appreciated the good working relationship amongst the various relevant agencies in the FCT involved in the management of traffic and curbing insecurity in the territory, attributing it to the hard work and effective leadership of the FCT minister.

ACM Agwu also pledged to build on the existing structures available in the territory to meet the effective road safety and traffic management objectives of the FCTA, adding that the creation of more designated bus stops and deployment of more high capacity buses would further aid traffic flow in the city.

Present at the meeting were the Chief of staff (CoS) to the minister, Malam Bashir Mai Bornu, Director, Department of Human Resource Management, Alhaji Mohammed Bashir, the FCT Sector Commander, FRSC, Mr Ayuba Gora Wobin, the Director, Directorate of Road Traffic Services, DRTS, Alhaji Wadata Bodinga and other management staff of the FCTA.

AIB set to acquire drones for investigation of crashes