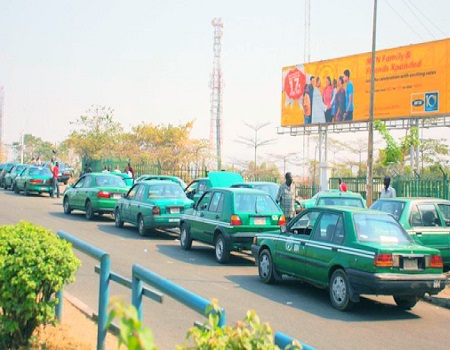 The Federal Capital Territory Administration (FCTA) on Friday came out to assure residents and road users, that it has taken steps towards avoiding unnecessary traffic gridlock along the Aya-Kugbo-Nyanya Road, by having a parley with the Chinese contractors handling the road project for the Federal Government.

This is coming on the heels of a hellish traffic experience which commuters and residents had on that road axis, spanning for hours on Thursday, over an emergency diversion said to have been created by construction contractors without proper communication.

The Senior Special Assistant on Monitoring, Inspection and Enforcement to FCT Minister, Ikharo Attah who led heads of traffic management agencies to the construction site, said decision that affects traffic along that road axis, should not be too impromptu, as it could cripple socio-economic activities.

Attah while urging the construction engineers to always create synergy with relevant traffic management agencies, noted that early and proper communication can save commuters of the excruciating traffic pains.

He opined that early communication would enable the relevant agencies to massively deplore human resources that will ensure a seamless traffic flow, especially when there is any accidental or construction emergencies.

According to him,  FCTA had demonstrated commitment and support to the Federal Ministry of Works and Housing over the road project and would do more to ensure its completion.

He went further to commend the Federal Road Safety Commission (FRSC) Nyanya unit Commander, Sabena Musa and her men, for the sacrifices they made in controlling the terrifying traffic gridlock.

In spite of the huge investment in the water sector by the government and international organisations, water scarcity has grown to become a perennial nightmare for residents of Abeokuta, the Ogun State capital. This report x-rays the lives and experiences of residents in getting clean, potable and affordable water amidst the surge of COVID-19 cases in the state…FCTA parleys Chinese contractors  FCTA parleys Chinese contractors