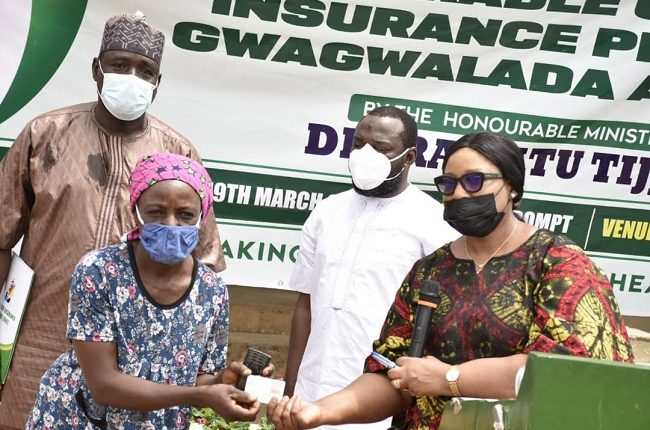 The Federal Capital Territory Administration (FCTA) has flagged off the Pro-Poor and Vulnerable Persons Social Health Insurance in Gwagwalada Area Council of Abuja.

It said with the flag off, the administration has again demonstrated its commitment towards improving the lives and wellbeing of residents, especially the poor and vulnerable persons in remote areas.

FCT Minister of State, Dr Ramatu Tijjani Aliyu, who performed the ceremony, affirmed that the programme was a strategy for enhancing social inclusion, a demonstration of efforts to bring succour and hope to the poorest of the poor and vulnerable households.

A statement signed by her Special Assistant on Media, Austine Elemue, and made available to newsmen in Abuja, on Friday, quoted the minister as saying the programme is to ensure that the FCT attains 100 per cent social health insurance coverage for all residents.

“Efforts are now ongoing to ensure pregnant women and under-five-year-old children in the FCT are covered by the Health Insurance Scheme to further expand access to good quality and timely health services to these vulnerable groups.” She stressed.

In his remarks, the Director, FCT Health Insurance Scheme, Dr Ahmed Danfulani, revealed that the enrollees of the programme would enjoy a very robust service package almost equal to the formal sector package, including an opportunity for referral to secondary care facilities and major surgeries.