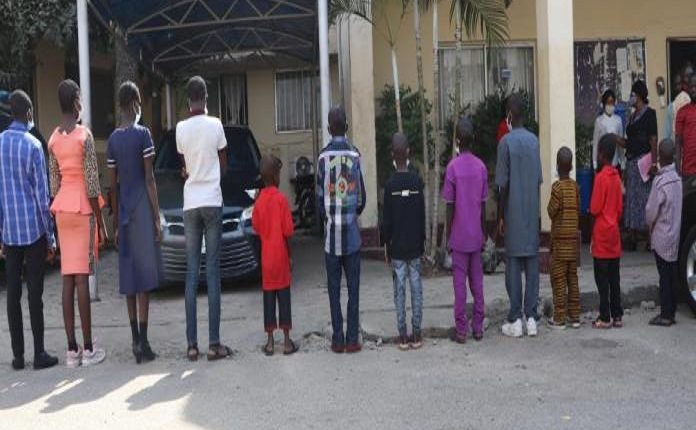 The Federal Capital Authority (FCT) Police Command on Monday reunited 15 children who were victims of trafficking with their parents.

This was contained in a statement made available to newsmen in Abuja by the Spokesperson of the Command, ASP Yusuf Mariam.

According to the statement, “in February 2020, the children between the ages of 2-13 years were deceptively taken from their parents in Lapai-Niger State by one Emmanuel Abraham 30 years and Nkechi Udoh 53 years under the pretext of providing them education.

“Further investigation revealed that the suspects ‘distributed’ the children to different people. The suspects were arraigned in court upon the conclusion of the investigation.

“In view of the above, the Command is appealing to parents to be extremely conscious of the safety and movement of their children at all times.”

This came just as the command dissociated itself from the misleading information being circulated by fraudulent elements that it was conducting an auction of cars.

According to the statement, “there is no on-going auction exercise in the FCT Command, therefore, members of the public should note that it is one of the antics by fraudsters to defraud unsuspecting citizens.

“We enjoin residents to remain calm, law-abiding, comply with all COVID-19 regulations and reiterate our unwavering commitment to the protection of lives and property within the FCT.