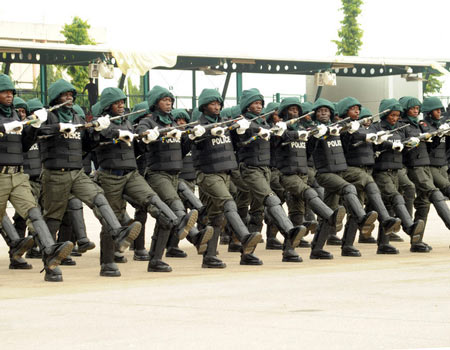 THE FCT Minister, Malam Muhammad Bello, has assured the Nigeria Police of necessary support to sustain the rel ative peace and tranquillity being enjoyed in the FCT.

Bello gave this assurance when he received a delegation of the Nigeria Police led by DIG Shuaibu Gambo, Deputy Inspector-General of Police in charge of the North Central Command on Tuesday in Abuja.

According to him, despite limited resources, the police in the FCT have been able to curtail threats of criminals and ensure the safety of lives and property.

“We will continue to support you as partners in progress to ensure that we keep the territory safe for the citizens, safe for the government.

“And of course safe for the diplomatic community and all those that come from far and near to transact business and other activities within the city.

“As long as crimes happen and we are able to solve them within the shortest possible time, it brings credibility to the force, to the administration.

“And above all, it gives confidence to the diplomatic community.

“That is why for us, security is very important,” he said.

Bello also commended the FCT Police command for their ability to resolve a number of kidnap cases that occurred, especially in the satellite towns, saying they were able to track these cases, despite difficult terrains.

He specifically recalled an incident in Kuje area where the Command, with very close cooperation with other security agencies took care of the problem of kidnapping.

“Within a very short period of time, 10 kidnapped persons were rescued, all alive, without payment of any ransom.

“Recently, we had challenges in the border communities between Gwagwalada Area Council in the FCT and Niger State; where something happened and a joint team, including your men took care of the situation.

“So, I want to also extend my appreciation to you and by extension, the Inspector General of Police for this,” he said.

The minister thanked the police command for the tremendous support they have provided to the FCT Administration in its various Task Forces on environmental management.

Bello, however, called for further cooperation between the FCT Administration, the Nigeria Police and other stakeholders to sustain the campaign against insurgency and crime in the FCT and other parts of the country.

Earlier, the DIG Shuaibu Gambo, said the delegation was in the minister’s office to convey the appreciation of the Inspector General of Police (I-G) for assisting the police to provide security in the FCT.

“The IG appreciates the fact that you took it upon yourself to not only provide vehicles for us, but to maintain and refurbish the old ones.

“The residence of the Commissioner of Police has been there without renovation. But with your coming, you have taken it upon yourself to renovate that place for us.

“It is a milestone for us because that place had remained neglected for a long time,’’ he said.

Gambo said without the assistance coming from the office of the minister and the traditional institutions, the police would not have been able to deliver on its mandate.

“We have been mandated to also meet other security stakeholders like the Elders Forum, the Market Women and all other unions.

“We believe if we partner with them, we will be able to ensure better security for FCT residents,” he added.