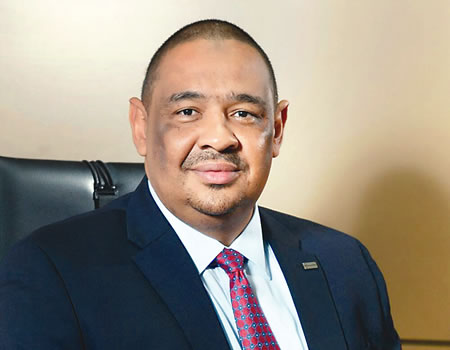 Nigeria’s First City Monument Bank (FCMB) has said there was no mistaken transfer of N573mn to church account whatsoever as widely reported in various media platforms.

According to a statement from the lender on Thursday, regretted that the circulating stories incorrectly stated that its Managing Director, during a recent presidential hearing in Abuja, testified that the bank mistakenly transferred N573million to the account of a church and the said error was not discovered for 4 years.

The bank said it feels that it is in the public interest to state emphatically that there was no transfer of N573million into this account, mistakenly or otherwise.

To provide further clarity, during a maintenance upgrade of its systems in 2016, the statement noted that a defective file led to the aggregation of multiple unrelated entries into a single balance under the affected customer’s name in one of its reports.

This aggregation occurred only in the weekly automated report to the Nigerian Financial Intelligence Unit, which had no effect on any customer account balance or statements and therefore was not immediately identified.

“Our Managing Director clarified to the Presidential panel that the system generated report was incorrect and that there was no mistaken transfer of N573 million. He also submitted comprehensive documentary evidence to this effect.

“We appreciate that comments may have been misconstrued and therefore believe it is important to emphatically clarify the position that there was no mistaken transfer whatsoever, as stated above.

“FCMB continues to fully cooperate with the panel and has been entirely transparent in its reporting. We remain committed to ethical and professional conduct at all times,” the bank stated.

The Presidential Committee on Audit of Recovered Assets (PCARA) has discovered in their ongoing investigation that a sum of N573,228,40 was paid into a church account in aiding the suspended acting Chairman of the Economic and Financial Crimes Commission (EFCC), Ibrahim Magu to launder funds abroad.

In response, Adam Nuru, Managing Director of First City Monument Bank (FCMB) who testified before the committee on Thursday, August 6, affirmed that the money paid into the church’s account four years ago was an act of error.

The leader of the said church,  (which was said to have received a transfer of N573mn to church account) Divine Hand of God Prophetic Ministries, according to the bank is Prophet Emmanuel Omale.

“This return was said to be in favour of Divine Hand of God Prophetic Ministries Account No. 1486743019.

“After that report, we conducted an investigation and discovered that the lodgement which we reported to NFIU was an error,” said the bank MD.

Nuru added that the error was as a result of an upgrade of the bank’s application platform to a much higher version adding that the transaction was erroneously posted as an inflow.

However, PCARA claimed that the laundered funds were used to purchase a property in Dubai.

“Usually, when the bank intends to migrate from one application to another, we utilize weekends to carry out the exercise. The migration involves moving all the balances of customers from the previous application to the new application. The account of the Divine Hand Ministries was moved during that migration.

“It was that balance of N573million that was wrongly posted as an inflow into Divine Hand Ministries as reported to NFIU. This error was not peculiar to Divine Hand of God Prophetic Ministries alone but was also ascribed to 27 other accounts,” he was quoted to have said.

Investigations of the embattled acting EFCC Chairman is the still ongoing as more revelations continue to emerge which has led to his suspension by the Presidency in July.