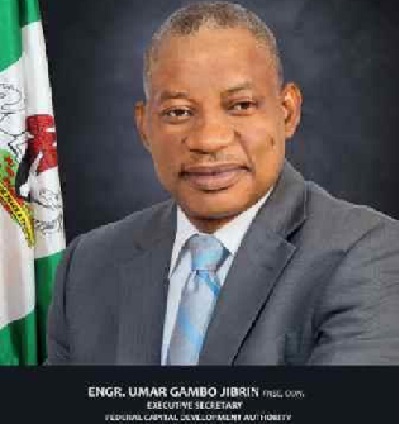 THE Federal Capital Development Authority (FCDA) has announced that a sum of N1.7 billion would be spent on the reconstruction of eight kilometres ever-busy Bill Clinton Drive in Abuja, the nation’s capital city.

Bill Clinton Drive is the stretch from the Airport road interchange into the Nnamdi Azikiwe International Airport, Abuja.

Executive Secretary, FCDA, Engineer Umar Gambo Jibrin, who announced this during a stakeholders’ interactive session in Abuja, on the reconstruction of the road, therefore, assured motorists and other stakeholders of a strong commitment to ensuring that the work was done speedily.

He further promised that plans have already reached a climax to ensure fast and smooth take-off of the project expected for completion by December, pointing out that there would be the partial closure of the road during the construction work.

Engineer Umar explained that the meeting was necessitated due to the nature of the road, which is an important gateway in and out of the city and by implication, the country.

According to him, “we are aware that lots of contributions can come from stakeholders involved in the axis, to enrich their knowledge and be properly guided while the construction work goes on. It will also provide the best services to residents and enhance the output of what is going to be done.”

Like Trump, Clinton also launched an Iraq airstrike as his impeachment inquiry was heating up

Earlier, the Director, Engineering Services, FCDA, Engineer Hadi Hassan explained that the work would be done in phases, rehabilitation of the shoulders to allow them to operate before closing the outbound to allow ease of traffic flow and closure of the outbound with the carriageway which would be open while the work is ongoing.

He stated that one regular U-turn would be introduced to ease movement and signages would be erected along the road, speed breakers, warning lights, as well as live and dummy flagmen to ensure minimum inconvenience during the period.

Some of the stakeholders who attended the meeting were Federal Airport Authority of Nigeria (FAAN), Nigeria Civil Aviation Authority (NCAA), Ministry of Aviation, National Security Adviser (NSA), Federal Road Safety Corps (FRSC), property owners, organizations along the area, as well as UN Mission and FCT Water Board among others.