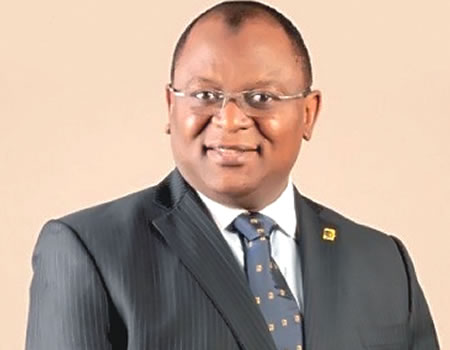 With this fresh capital, the Capital Adequacy Ratio (CAR) of Firstbank has increased to 16.53 per cent (before capitalising year to date profit) as at June 2020.

The Capital injected according to a statement released to the market, represents part of the net proceeds of the company’s divestment from FBN Insurance Limited.

The Chief Financial Officer of the company, Oyewale Ariyibi noted that “the divestment is in line with the Group’s medium to long term strategic objectives. The divestment has unlocked significant value embedded in the former subsidiary which is being leveraged to strengthen the core banking business for which the Group is renowned”.

The overriding objective is to optimise capital across the Group to drive business growth, enhance efficiency and improve overall Shareholders’ value he added.

Earlier, while commenting on the Group’s Half Year 2020 performance, UK Eke, the Group Managing Director stated that “The H1 2020 financial results are impressive and reconfirm our consistent focus on enhanced shareholder value.

“Despite the difficult operating environment, the results demonstrate our capacity to deliver exceptional services to our customers in these uncertain times. Looking ahead, we remain cautious, but confident that our business is fundamentally strong to surmount any future challenge towards delivering superior financial performance.”

In a related development, FBNQuest on Friday in a note to clients stated that Private-sector credit extension grew by 17.9per cent when compared year by year (y/y) in June and therefore ahead of nominal Gross Domestic Product (GDP) growth.

Since the private-sector credit/GDP ratio remains below 20 per cent, compared for example with over 75 per cent in South Africa, the monetary authorities will be looking for such growth over many years. Following steady rises in the CBN’s minimum loan-to-deposit ratio for banks since third quarter (Q3) 2019, credit extension increased by 21.4 per cent to N18.90 trillion in the 13 months to end-June according to the last meeting of the monetary policy committee MPC).

This last figure for deposit money banks is about N10.7 trillion short of the total for June in the CBN’s broader series, on which FBNQuest chart is based. It explained that the difference as largely due to the CBN’s increasing credit interventions and lending by the state-owned development banks.

“The same bank indicated that it was looking to restructure about 40per cent of its book in line with the CBN’s encouragement of forbearance with borrowers.

According to FBNQuest, across the industry, the figures are 32,000 loans and a proportion closer to one third according to the personal statement of one MPC member. (The Central Bank of Kenya last week put the local figure at 29 per cent of the total.)