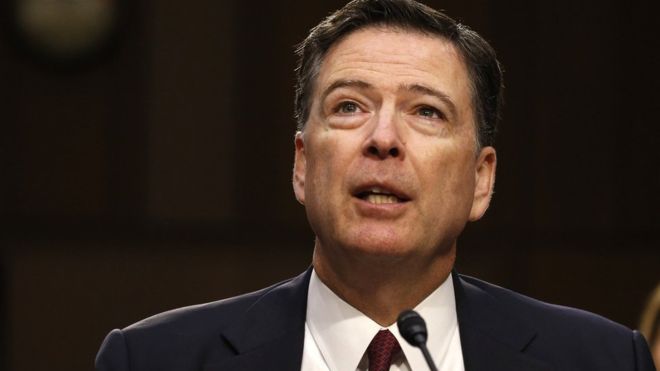 Former FBI Director James Comey has been criticised in a Department of Justice report for the leak of memos on his interactions with President Trump.

An internal watchdog said Mr Comey had failed to “live up” to his duty to safeguard sensitive information.

The watchdog said Mr Comey broke FBI rules by giving a memo to a friend who shared its contents with a reporter.

But the inspector general said he was not recommending that Mr Comey be prosecuted for the breach.

Mr Comey has been a vocal critic of Mr Trump since the president fired him on May 2017.

The report said that, after losing his job, Mr Comey broke the rules by divulging the unclassified parts of a memo he had written on his private conversations with Mr Trump.

He passed contents from the document to a friend and authorised him to share them with the New York Times.

The inspector general also found that Mr Comey violated departmental policies by keeping copies of the memos in a safe at his home and failing to notify the FBI that he had done so.