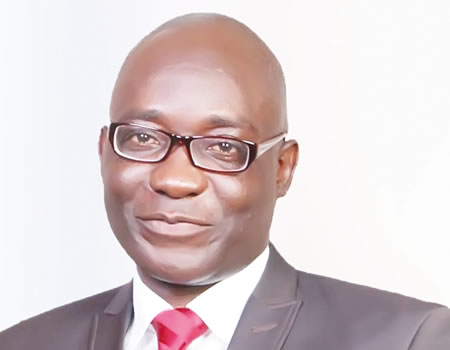 Share
Former Deputy Governor of Ekiti State and PDP candidate in the July 14, 2018, Ekiti governorship election, Prof. Kolapo Olusola Eleka, has said he would appeal the appeal court judgment confirming Dr Kayode Fayemi as duly elected governor of Ekiti state.
Olusola Eleka expressed optimism about his victory at the Supreme Court even after dismissing the affirmation of Fayemi’s election as Governor of Ekiti State by an Appeal Court in Abuja on Thursday night.
In a telephone conversation with pressmen following the appeal court judgement, he regretted that the manner in which the appeal court dismissed his appeal suggested that “our democracy is endangered.”
“The Judiciary is being gagged and justices are constantly being molested and persecuted”, he said

He assured his followers, party and the good people of Ekiti State that his legal team would study the Appeal Court judgement and take necessary actions.
“We shall approach the Supreme Court,” he said, adding that he believed justice would be served in the end.
He also commended Ekiti people for the hope and confidence reposed in him, assuring them of victory in no distant time.
“Let us remain prayerful, it is not over, until it’s over. I have hope in the Judiciary  and I strongly believe that in the end, Justice will be served.”