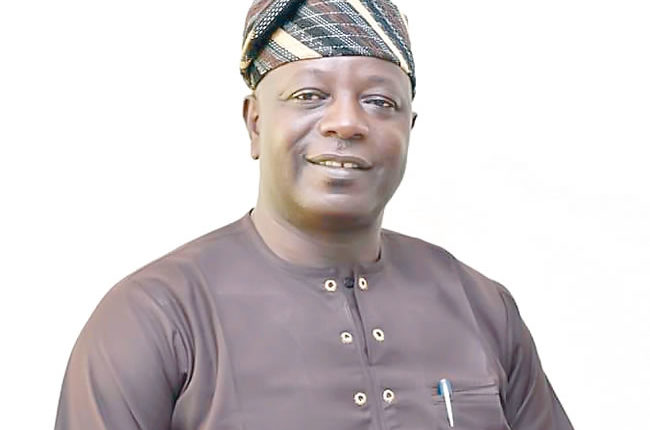 In this interview by ‘YOMI AYELESO, the Senior Special Assistant to Ekiti State governor on Public Affairs, Chief Niyi Ojo, speaks, among other things, on the crisis in the All Progressives Congress (APC) in the state and efforts being made by Governor Kayode Fayemi to resolve all contentious issues.

How has the state’s response to COVID-19 been in the last three months ?

It has been very proactive efforts to curb the spread of the virus in our state. When we began to hear of this virus in China, we never thought it would be here very early and when we had the index case in Lagos sometime in February, the governor quickly set up a 40-man committee headed by him to plan how to stop the virus from getting to our state. Unfortunately, we had our index case in March, somebody from Lagos. Before the index case, the governor had directed that hand sanitiser  be bought  and distributed to all public places with enlightenment campaigns on all media platforms in the state. Out of the 43 confirmed cases in the state, more than 30 were from outside the state.

But despite all the sensitisation and guidelines given by the government, the cases are on the increase. What is responsible for the spike?

This is Ekiti State and our governor does not believe in playing politics with people’s health. I hope you read in the papers that the Chief Judge of Kogi State died of COVID-19 complications and it would be a funny thing for the Kogi governor to be saying otherwise. We do not know why he does not want his people to be tested. All the people we arrested at our borders were tested and some of the results were positive. People who have relationships with positive cases were also traced and tested. If you compare the cases with other neighbouring states, we have lesser cases.  Fayemi has shown leadership in the containment of this pandemic in Ekiti State but despite the spirited efforts of the governor, people sneaked in through different means and infected our people. In all, we have recorded 43 cases.

The administration of Governor Fayemi will soon be two years old. How do you think it has impacted the lives of Ekiti people so far?

The government has really tried, bearing in mind the parlous state of the state when the administration took over. There were backlogs of unpaid salaries in all sectors of the public service. We were confronted with the huge debt left behind by the former administration. Millions are being deducted monthly from our allocation to service this debt. The wage bill of the state is about N2.8 billion and we receive an average of N3 billion. At times, after finishing with the payment of workers salaries, there is nothing left to even run the government and the Internally Generated Revenue is being improved. Despite the challenges, there are projects scattered across the 16 local government areas of the state. Look at the Ado-Iyin Road dualisation which is at 90 per cent completion stage. You have the civic centre, which was abandoned by the previous administration. I can tell you that the civic centre will be commissioned in October to mark the second anniversary of this administration. The Oja Oba Market started by the [Ayodele] Fayose government will also be completed by October.

The governor has signed into law a bill that enables new administrations to complete all projects left behind by previous administrations. This is a welcome development. There is the Omuo-Isinbode-Aisegba road project, which has been abandoned for years. The road project is ongoing. There is also the Ire-Ilupeju-Igbemo road project, which is 60 per cent completed. Also, we have our agricultural hub for which the governor is trying to bring investors. We have Stallion Rice which is setting up a mill in Ado-Ekiti.Dangote rice is setting up a mill. And when you look at the Ikun Dairy Farm, in partnership with Promasidor, they are starting now towards producing 10,000 tonnes of milk which will ultimately generate employment opportunities for our teeming youths. The Aramoko-Erijiyan-Ikogosi road project, which had been abandoned for years, has been revived and will soon be completed.

The focus of Fayemi’s government is on governance, infrastructure and industrial development, agriculture and rural development and social investment. Under social investment, there is the return of Owo Arugbo (stipends for the aged) for those that cannot readily provide for their own needs.

Last year, some youths in the state applied for teaching jobs. They paid N1,000 each to obtain the application form but none of the applicants has been offered employment. This has generated controversies in the last few weeks. When will these people be employed?

As I always say, when you have a government that believes in good governance, things will be working. When Fayemi came back in 2018, he started with single treasury account where all the money will come to the government in an account, unlike the previous administration. In 2018, in the closing moments of the previous administration, about 2,000 workers were employed into the teaching service commission. These were politically employed people because, in the course of the interviews, they were asking for the voters card of the applicants. We promised to create job through SUBEB and teaching service commission and others. Some people have been employed in the health sector.

Now let me come to the issue of the applicants you asked about. The exercise was given to a consultant and each applicant paid N1,000. After the application, they were invited for an examination and those who met the cut off mark qualified for the next stage, oral interview, which is almost completed. The board for technical education was doing their own when the COVID-19 came. As you are aware, when the pandemic started here, we closed down virtually everything in the state, including the recruitment process. As I speak with you, grade level 1-7 workers are still at home and these people are the typists, messengers who will take some of these files from one place to another.

If you want to employ 2,000 teachers, for instance, where are you going to post them to because the schools are closed. Do we just employ and ask them to sit at home and be paying them?  I will urge our people to exercise patience. Luckily, schools are beginning to reopen for final year students. It is not fair for the opposition to be accusing the government of collecting money from people. This is a very transparent government and by the time we finish the COVID-19 war, those found suitable will be enlisted for the jobs.

Recently, some prominent leaders of the All Progressives Congress accused the governor of victimisation and highhandedness. What is happening within the fold of the APC?

In a family, there will always be divergent views and opinions. Even in a nuclear family, you cannot all reason in the same manner. As we know, politics is about consultation and engagement. People, naturally, tend to raise the alarm when they feel they are not being carried along and after complaints, there is always the family mechanism to deploy in resolving issues.

Those who are complaining have the right to complain but they have a parent, which is the APC. The Dr Kayode Fayemi that I know is a listening governor and nobody is perfect. Where he is succeeding, let us praise him. And where there are shortfalls, we must let him know so that he can adjust. Let us put the interest of Ekiti people at heart. All those complaining are members of the APC. They feel they are not carried along but there are efforts to resolve these issues so that we can be a united family going into the 2022 governorship election. In party politics, there will always be dissenting views but there are means for reconciliation.

That is not true. There is no party chieftain that has been prevented from seeing the governor.  Most of them have the telephone numbers of the governor. We are almost approaching the political era and people want to take over government and they will always want to throw stones at the incumbent so that they can take over power. It is normal and that is the tradition of politicians, because ordinary citizens are not complaining. The civil servants are collecting their salaries. The complaints are coming from a few members of the party who feel they are not enjoying enough patronage from the government.

These people are our leaders. They are leaders of no mean repute and I know they are ready to embrace dialogue. Their grouse is not against the governor but the composition of the party executives and we are aware of this. The governor is addressing the situation. They are not threatening to leave the party; they are only telling us where they feel we are not doing it well and the governor is not taking it badly. He believes that those people love the party and when we engage them, we will resolve the differences.