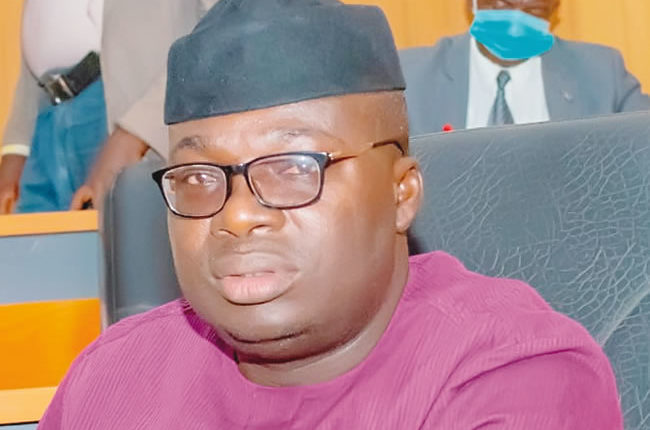 Adeoye Aribasoye represents Ikole Constituency 2 in Ekiti State House of Assembly. In this interview by SAM NWAOKO, he expressed optimism that Governor Kayode Fayemi will have a good relationship with his successor, Biodun Oyebanji, and what would become of Fayemi in Ekiti and national politics. Excerpts:

How would you rate Governor Fayemi’s government in Ekiti as it’s winding down?

On October 16, 2022, Governor Kayode Fayemi will officially bow out as the governor of Ekiti State after another four years of highly beneficial reign as the governor. I’d say he has been a blessing by his outstanding performance and deft administrative moves. With him as a governor, our honour, dignity and respect have returned. In 2010 when he first came on board, he hit the ground running through introduction of free and compulsory education at primary and secondary school levels. Governor Fayemi was the first to introduce one computer per student and teacher in public schools. Again, he was the first to introduce social security scheme for the elderly, where poor elder statesmen and women get N5,000 monthly stipend. Also during his first term, robust scholarship was re-introduced to help students from secondary to PhD level. He also left some legacy projects like the new Governor’s Lodge, the Ekiti State Pavillion, road infrastructure, Youth in Commercial Agriculture (YCAD), Ekiti Food Bank, Village Kitchen programme, 5kms road per local government, operation renovate all Schools (ORASE), flag off of the construction of airport, rural development programmes where a total of N650m was rolled out for community projects across 133 towns and so on. One can go on and on, but these few are the examples of the blessing I was referring to.

It’s common to see governors not having a healthy relationship with their successors, especially those they help install. Do you foresee a good working relationship between Dr Fayemi and Biodun Oyebanji?

I have no doubt that they will work harmoniously. It is sad and bad that a governor who worked hard for the emergence of his successor will now become an enemy of the same man. People, especially politicians should learn how to manage one another. Since Fayemi became governor in 2010, I never heard of any quarrel between him and Otunba Niyi Adebayo, the first governor and the leader of APC in the state. Fayemi has never claimed to be the leader of the party in Ekiti. He gives Niyi Adebayo his due respect and this is how it should be. He is not power drunk. On this premise, I don’t foresee any crisis between him and Oyebanji, who is also a known humble man.

Post-governorship era would be a totally different season for Dr Fayemi. How relevant do you see him after his tenure?

Don’t forget that Fayemi is one of the most respected governors in the country. He has done creditably well as governor and Minister of Mines and Solid Minerals. He has become a powerful force in Nigerian politics and you could attest to how he was welcomed by party members and leaders in the 36 states when he visited them during his presidential campaign. His stepping down was in the interest of the APC and Nigeria. And if you check, the quality of the man he stepped down for really is worth it. Bola Ahmed Tinubu is an icon, not only in Yoruba land but in Nigeria. Governor Fayemi stepping down for him was a masterstroke. Don’t forget that he dropped a hint before the presidential convention that he would commit himself to Nigerian agenda with serious concern for the stability of our nation and that he did. Whether we like it or not, he will continue to be relevant on account of his brilliance, competence, loyalty to the nation and acceptability across Nigeria.

When you compare Governor Fayemi’s first and second tenures, would you say that he did as well in his second term as he did in his first?

You could all attest to how things were when he returned in 2018. Salary was not paid as and when due. It is still a mystery and shock to some that Fayemi has consistently been paying workers’ salaries on monthly basis. The monthly internally-generated revenue was undulating between N400m and N450m; that was what Fayemi met on ground. Ekiti now generates over N800m monthly.

Before 2018, gender-based violence was rife; rape, oppression against women and girls were on the increase. But the office of the first lady, Erelu Bisi Fayemi has been fighting hard to end all of those. The promulgation of the Gender Based Violence Prohibition Law and the attendant massive conviction of rape and sexual offenders further amplified the submission that Governor Fayemi has raised the bar and injected gender equality in the system. Ekiti economy rests and thrives solely on the monolithic civil service structure but with shrewd planning, Fayemi has revived the Ikun Dairy Farm which now produces 150,000 litres of milk monthly with 400 cows in stock.

How would you appraise the present government’s relations with the House of Assembly?

It has been fantastic and mutually inclusive. The duty of the Assembly is to stabilise the government and not to scatter things as people always think. The Hon Funminiyi Afuye-led assembly has been cooperating well with the executive to bring democracy dividends to the Ekiti populace and that is the essence of governance. However, this doesn’t suggest that we are a rubber stamp. No. If there are areas we think things should be done differently, we call the attention of the governor to it and superior argument is always sustained and allowed to take preeminence. I can say without equivocation that the two arms have been relating mutually without one seeing itself as superior or to be above the other.

Democracy is dead without a virile legislature —Hon Kehinde Odeneye, member, House of…

Those opposed to Fayose’s choice of successor are enemies of progress —Rep member,…