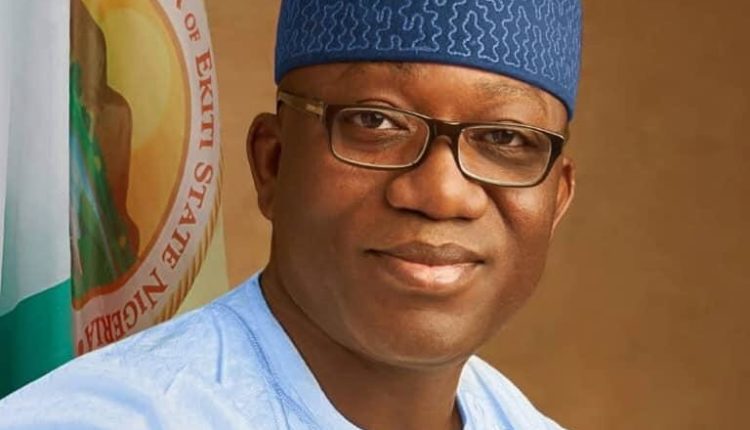 Ekiti State Governor, Dr Kayode Fayemi, has approved the appointment of Adeola Adeniyi Ajakaiye as the new Oluyin of Iyin-Ekiti in Irepodun/Ifelodun council area of the state.

The commissioner for Information, Akin Omole, in a statement said the appointment was approved during Wednesday’s virtual meeting of the State Executive Council.

Omole noted that the decision of the state government was a sequel to the selection of the new traditional ruler among the eight contestants by the kingmakers.

The commissioner for information said, ” The Ekiti State Executive Council held its 17th Meeting of the year 2020 (virtual), on Wednesday, September 2, 2020, under the Chairmanship of the Governor, Dr Kayode Fayemi.

“Amongst other matters that came up for consideration, members of the council deliberated upon and approved the appointment of Prince Ajakaiye Adeola Adeniyi as the new Oluyin of Iyin-Ekiti.

“Prince Ajakaiye Adeola Adeniyi was the choice of the Kingmakers among the eight candidates presented by the Oketagidigidi ruling House, having scored the highest number of votes at the meeting of the kingmakers, Oketagidigidi ruling house and officials of Irepodun/Ifelodun Local Government on July 23, 2020.”

The Oluyin stool became vacant in September 2019 from the demise of Oba Ademola Ajakaiye.