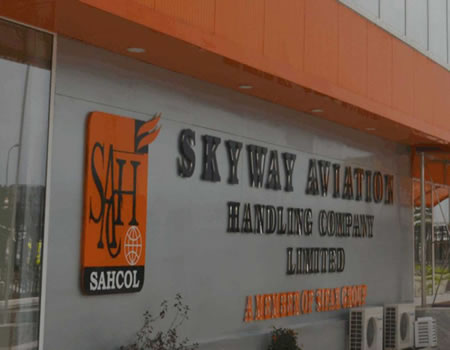 Twelve years after the privatization of the formerly owned Skyway Aviation Handling Company Limited (SAHCOL), a subsidiary of the now defunct Nigeria Airways, the 982 ex-workers of the old company, now rebranded as Skyway Aviation Handling Company (SAHCO), are embroiled in crisis over the nonpayment of their final entitlements amounting to N1.8 billion.

The former workers, through the General Secretary, National Union of Air Transport Employees (NUATE), Comrade Ocheme Aba and the Deputy General Secretary, Air Transport Senior Staff Services Association of Nigeria (ATSSSAN), Comrade Frances Akinjole, had petitioned the Minister of Aviation, Senator Hadi Sirika, the Senate and House committee on aviation and the Director-General of the Bureau of Public Enterprises (BPE), accusing the ground handling company of failing to pay them off since it took over the company from government.

According to the  Manager, Corporate Communications, SAHCO, Mrs. Vanessa  Uansohia, at a meeting held between the Director-General of the BPE and the Chairman of SAHCO, Dr. Taiwo Afolabi, the BPE resolved that the benefits of the ex- staff of SAHCOL is to be borne by the Government, through the BPE and not SAHCO.

The back and forth game being played by the BPE and SAHCO over who pays the redundancy benefits of the former workers is presently raising dust across the sector.

The Ministry of Aviation, the unions said, had on June 29, 2021 in a letter signed by one D.D Muhammed, Director (Human Resource Management) for the Minister, wrote to the BPE on the letter it received on the plight of the ex-SAHCO workers, copying for attention, the Acting Director, Post Transaction Management, Larai Bode and asking for updates on the non-payment of redundancy benefits to the 982 ex-workers of the defunct SAHCOL as agreed by the multi-agency committee constituted by the BPE in November, 2019.

The Ministry was said to have demanded modalities and time frame between when the payment may kick off and end, while the ministry attributed its position to the need to prevent the former workers and the unions from carrying out their threats to embark on industrial action on SAHCO and other aviation businesses having become agitated.

Similarly, the House Committee on Aviation, reacting to the petition sent to it by the unions, had through its clerk, also informed the SAHCO management that it may be invited to clarify issues stated in the petition.

SAHCO was privatized in 2009, and handed over to the Sifax Group by the Federal Government of Nigeria after privatization in which Sifax Group came first as the preferred bidder with the sum of N5.52 billion.