Fasoranti’s daughter: We have made many arrests ― Police 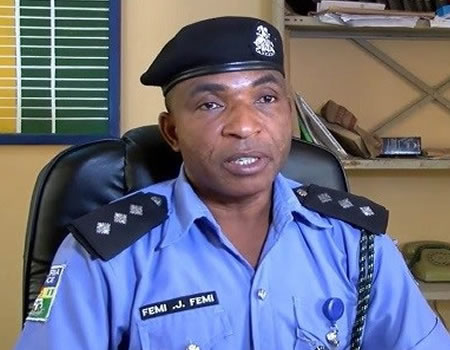 Ondo State Police Command on Monday said some suspects had been arrested over the killing of the daughter of the leader of the pan-Yoruba socio-political organisation, Afenifere, Pa Reuben Fasoranti, Funke Olakunrin.

Disclosing this on Monday, the state Police Public Relations Officer (PPRO) Mr Femi Joseph said the command has been working round the clock to ensure that the perpetrators are brought to book.

He disclosed that the Inspector General of Police, has drafted some detectives from the Force Criminal Investigation Department (CID) and some officers from the Technical Intelligence unit to assist and complement the officers on ground in the state on the investigation.

He said, ” they are complementing our efforts and we have made a lot of arrest on this matter, but we are doing the screening of those arrested to know who among them are the culprits.

” By the time we finish the screening, we will let the world know the perpetrators.”

On the number of the those arrested, Joseph said he would not be able to disclose the number for security reason but saying ” as I said a number of people have been arrested and when it is time we shall parade the suspects.”

The PPRO however, failed to establish the reasons the vehicle of the deceased was not kept in the police custody but said: “what is important to the command is to arrest the criminals behind this act”.

He said “I don’t have much to say about this but the only thing I can say for now is that we have our mode of investigation. What we are concerned about is for us perpetrators arrested.”

The police reiterated that detectives from the command are still in the forest, in search of the hoodlums.

Olakunrin was reportedly killed by some hoodlums, suspected to be Fulani herdsmen, along Ore-Shagamu expressway in Odigbo Local Government Area of the state, on Friday.

Meanwhile, Akure youths protested yesterday over the killing of Olakunrin, calling on the security operatives to bring the criminals to book soon.

The youth under the auspices of Akure Youth Coalition, led the coordinator, Kunle Oluwatuyi, called on the state government to take a drastic step to curb the activities of the herdsmen in the state.

They called on the state governor, to call the Fulani to order to prevent ethnic war in the state and said “this is the right time for Yoruba to raise an army of hostile defence and attack, the killing of the daughter of Afenifere leader by suspected herdsmen is a big slap on the Yoruba race. No more talks, but actions.

“We should not wait for a time in South West, where Fulani killers will be knocking on our doors and kill us like flies before we know that there is fire on the mountain”