Fashola used to be our tennis ball boy at Shell —Asobele

Professor Jide Timothy Asobele, a Translation and French Studies don at the University of Lagos, though a septuagenarian, relives every bit of pre and post Civil War memories with precision in this interview with MGBOJI KELECHUKWU. 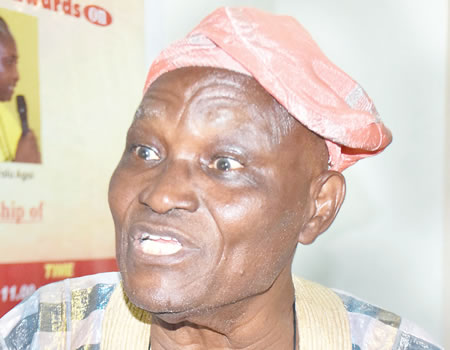 COULD you recount your encounter with the sage, Chief Obafemi Awolowo?

In 1969, Pa Awolowo came to Sokoto town in Sokoto State. He was trying to reconcile a country that was devastated by the Civil War. He came to our school, Government College, Sokoto. He was well received by our representatives and the entire school. He looked unhappy, but he found solace in the fact that he met us – children of the 12 states of Nigeria (then). The boys appeared in their white uniforms, while the girls were in their green, all symbolic of our national banner. After the principal’s welcome address on behalf of the school, each representative of the different tribes paid him their respects in their tongues.  We greeted him in our traditional ways of greeting people like him. We greeted him in Yoruba, Hausa, Fulfude, Igbo, Efik, Ibibio. In fact, we greeted him in all Nigerian languages. He was elated. The traditional greetings had its effect on him as we, the press members, observed from his countenance.  In his speech, he said “I have found an essential part, something wonderful, something that is going to help the Nigerian nation to heal the wounds and revive the war-torn nation, a hope of the future and a new Nigeria in the making where all tribes are represented at least, if not evenly.” He also praised our initiative and called us the torchbearers of the unity of Nigeria. He expressed hope that we would not let our heavily-paid-for education to die with us the moment we leave the school, but that we should carry the Federal Government College tradition to wherever we found ourselves in the future.

Did your press corps get to interview him?

Yes. When he was asked by the school press club, led by me, why he dropped his proposal for free universal primary education, he replied that it was for obvious reasons. He felt that certain groups would benefit from the scheme while some would not, for lack of qualified persons. He also said that for the balance of education, he had planned to carry out some reforms in the primary education. The universal primary education, which would be financed by the Federal Government, was a great answer to the imbalance of education in our nation, he stated. Awolowo believed that education is the nucleus of our national consciousness, a gigantic machine that turns out people with insight to the likes and dislikes of others. Before his departure, he told us the relief his grieved heart had received from us. When he asked for my name, I told him, Olajide. He kept quiet for a while. Then he held me and I made him listen to my poem which I wrote that time, entitled “October 1st 1969: A Mournful Celebration Indeed.”  He started chatting me up and I promised him that if the war ended in 1970, I would go to the University of Nigeria, Nsukka (UNN). Luckily for me, I passed out and went to UNN on November 9, 1970.  This means that I was born in the Northern Nigeria, raised in the South-Eastern region. Today, I am back in the West.

It is quite unfortunate that today, we are back in the throes of misunderstanding, which often leads to wars. Many of those things that led to the war then have crept back into our national existence. Awolowo would be very sad if he were alive to see us today treading the same old path that led to the devastating Civil War. He was grieved by the calamity that befell the nation that he helped to build as a foremost nationalist and patriot. He hoped they were building the future, a gigantic voice of Africa, Nigeria, but suddenly, things fell apart and the centre could not hold.  Awolowo of 1969 is still relevant today as he was in 1969. It is regrettable that there is no Awolowo again today. All that we have now are carry-go politicians who used NADECO to become everything. Unfortunately, nobody, not even one of them, remembers Awolowo today. I am the only one in the Federal Government College that is still carrying that banner of a united Nigeria. That spirit of greater Nigeria, which Pa Awolowo instilled in us, hs been totally forgotten by our present crop of politicians. They have forgotten him, even those who benefitted from his well thought-out programmes.

Before Sokoto, where was childhood?

I grew up in Government College,  Okene, Kogi State. From there, I went to Sokoto and from there, I went to Nsukka where I had my university education for four years from 1970 to 1974. I kept my vow to Awolowo that if the war ended, I would go to UNN to study.

It seems Awo made lasting impression on you.

He was wonderfully inspirational. He saw us as the hope of the future. I drew a lot of inspiration from that encounter with him. He was so unassuming. He hugged us and gave us hope in the future despite the war that ravaged the new country just six years after independence. That’s why the scripture says “train up a child the way he should go. I’m the only “fool disciple” of Awolowo, all others are carry-go politicians. You know them, I won’t call them by names.

What do you find regrettable in today’s Nigeria?

It is what Awolowo said in 1969 that touched me the most. It is regrettable that we are back to the throes of despondency in Nigeria, which Awolowo tried to fix. That’s why I have said that there is virtue in remembering, acknowledging publicly what other people have done for us. It is regrettable that we, as a nation, have failed to produce accountable, responsible leadership in the mould of Awolowo. Sadly, those of us who drew largely from his leadership are not being recognised in national life. The hope he instilled in us, the hope of a future egalitarian Nigeria, where every tribe would be represented, is still a mirage. It is more regrettable that Muhammadu Buhari does not even know that those of us who are followers of Awolowo still exist. It is a pity.

Your comments are interspersed with scriptural quotes. What roles did Christianity play in your life?

I was brought up by a woman who believed strongly in Christian injunction which says “vanity upon vanity, all is vanity.” I was thoroughly fed with Anglican belief that God’s time is the ultimate time. Yes, I grew up with ‘Saint’ Ester Iberewo, my grandmother, who was a well known Anglican in Kabba. She was a ‘saint’ in that her love for mankind was for all. Love was her merchandise. That was the kind of love she instilled in me and wherever I go, it is still with me. I can’t change.

Did you find time for extra-curricular activities while growing up?

Oh, yes. I played lawn tennis at the Shell Club. We were playing lawn tennis in the 1980s. Babatunde Fashola, the former governor of Lagos State, was a tennis ball boy in those days. He couldn’t stand where I was because in 1980, they were already calling me professor.

That virtue in me, the virtue of believing that “vanity upon vanity, all is vanity,” made me not to go to him to say: “Ah….omo, you don’t know professor whom you used to pick ball for in Surulere?” I am above him. He still remains my ball boy of Shell Club. That’s why I can’t go to him. And you know, I carry the pride of Kabba in me. I can’t go to him or the other ones that you all know.

I have a family of three, two boys and a girl. My wife is a Business Administration graduate from the University of Lagos. My first son is a lawyer in the mould of Gani Fawehinmi. He has started lawyering me in the house. He said “you paid heavily for me to train me to become a lawyer. If I don’t lawyer you at home, it means I have wasted your money.” My second son is like father like son. He is an accountant. He went to Liverpool to write his ACCA. So, he is a chartered accountant from the UK. Before going to the UK, he graduated from University of Lagos. My last child is an architect.

How did you meet their mum sir?

I met my wife in Kaduna. We met in those days; Akwei kereni matani (interjects in Hausa and then laughs). She is a Hausa from Kwara State.

Why I don’t lose sleep over social media attacks –Adesina

Climate of Fear:‘Many Nigerians no longer want to travel because of kidnappers, killer herdsmen’