Xquisite Style
By Eniola Oyemolade On May 9, 2020 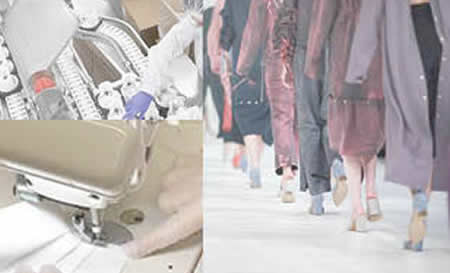 Amid the ongoing coronavirus pandemic, organisations, churches, banks, private sectors and individuals, volunteers as well as non-governmental organisations and civic groups are all playing a major role in attempting to contain the disease by either donating or spreading goodwill.

Fashion brands are also not left behind. These brands are in their own ways, trying to stay committed to stopping the spread of COVID-19 and also providing assistance to those who need it in this trying time.

Chanel: They pledged to produce over 50,000 face masks and gowns for healthcare workers, police and other essential workers in France. On its official site, it wrote “in the United States, Chanel Inc. has committed $2million to support urgent medical and health care needs, with additional assistance for the communities that are suffering the greatest impacts of the coronavirus.

“During this first wave of funding, the Chanel Inc. emergency response fund will make contributions to the CDC Foundation, NYC health and hospitals, the New York Community trust, the fund for public schools and the community foundation of New Jersey.”

Versace: The mother and daughter fashion duo, Donatella and Allegra Versace, have donated €200,000 to the ICU at a Milan hospital to support the fight against coronavirus. The brand will also donate $100,000 to Camera nazionale della moda Italiana (National Chamber of Italian Fashion) for its efforts to bring ventilators and medical equipment to hospitals in Italy.

Burberry: To support the fight against COVID-19, Burberry converted its Yorkshire-based trench coat factory to make non-surgical gowns and masks. It is also fast tracking the delivery of 100,000 surgical masks to the United Kingdom National Health Service (NHS) for use by medical staff.

The brand is also donating to charities that are dedicated to tackling food poverty across the UK and funding the University of Oxford research for a single-dose vaccine.

Giorgio Armani: Italian luxury fashion and beauty house Giorgio Armani has utilised all of its production sites to manufacture protective gear for healthcare workers. It has also pledged €2million to Italy’s Civil Protection and a large amount of Italian hospitals.

Ralph Lauren: The American lifestyle brand has pledged $10 million to coronavirus relief efforts, the biggest donation by a luxury company thus far. The grant will go to the World Health Organisation’s (WHO) COVID-19 Solidarity Response Fund, the Emergency Assistance Foundation and its Pink Pony Fund, which supports a network of international cancer institutions.

It is also starting production on 250,000 face masks and 25,000 isolation gowns for healthcare workers. Also, the firm gifted an undisclosed amount to Vogue Fashion Fund to help fashion designers hit by the economic downturn.

Fashion and beauty giants LVMH and L’Oréal are among those producing hand sanitisers in response to the shortage of medical supplies and equipment around the world.

Basic style rules for every woman

Up your game with ‘boyfriend’ outfits

What Are The Most Common Allergies In Skin Care Products