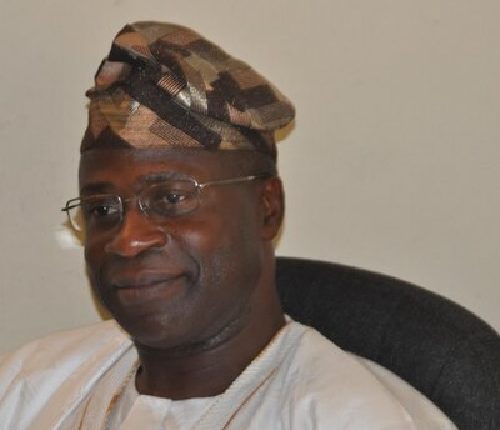 President Muhammadu Buhari has expressed sadness over the death of Engineer Rotimi Fashakin, a former Executive Director of the Nigerian Maritime Administration and Safety Agency (NIMASA), describing him as a dedicated Nigerian.

Reacting to the demise in a statement issued by Garba Shehu, Senior Special Assistant to the President (Media & Publicity), on Monday, President Buhari said: “I’m saddened by the death of such a dedicated and loyal party man whose intellect and competence was amazing.

“As a former spokesperson of the Congress for Progressive Change (CPC) party, I’m proud to put it on record that Fashakin was one of the most dedicated and hardworking party officials that I had ever known and related with.”

Recalling his relationship with Fashakin in the former CPC, President Buhari explained that “the former party spokesperson had also given a good account of himself, discharging every responsibility with amazing skill and competence.”

“The late Fashakin was an outstanding loyalist who would stand by you through thick and thin without ever complaining. These are rare virtues among our politicians. May God bless his gentle soul and forgive his shortcomings and grant his family the fortitude to bear this irreparable loss,” the President added.

AS the Osun State Election Petition tribunal commences sitting today, the state chapter of the Peoples Democratic Party (PDP) and the ruling All Progressives Congress (APC), on Sunday, traded words over which party has more chances of success..….

At 62nd Independence Service, CAN Says The Wicked Shall Not Rule Nigeria

PRESIDENT of the Christian Association of Nigeria (CAN), Archbishop Daniel Okoh has declared that the wicked shall not rule Nigeria…

Worsening Rate Of Kidnap And Abduction