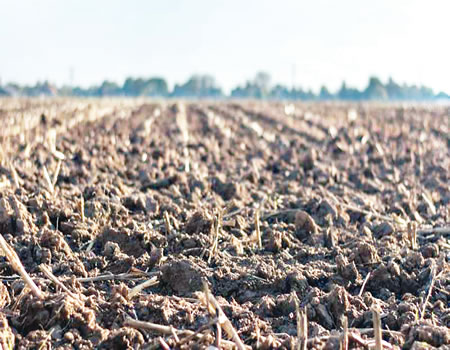 The United Nations Food and Agriculture Organization (FAO) and the Nigeria Institute of Soil Science (NISS) have called for the need to enact a national soil policy that would tackle the destruction of soil.

This call was made on Wednesday at the World Soil Day celebration in Abuja tagged: “Stop Soil Erosion. Save our Future”.

The Registrar, Nigeria Institute of Soil Science (NISS) Professor Victor Chude, while speaking at the occasion of the World Soil Day, lamented that people who are involve in quarrying, excavation of sands for building, promote soil erosion.

Professor Chude said the institute in collaboration with the soil society of Nigeria can put together such policy with support from the government.

The NISS Registrar noting that the policy by the federal government would tackle soil erosion, said although there are policies made 20-30 years on stopping deforestation, but it has not being reviewed.

“What soil scientist can do is to support with soil information, make it available to government, information that relate with soil fertility or how the soil can be properly managed to support the growth of those trees”, he said.

On the the issue of soil mapping, Professor Chude said, “the first soil survey that was done was in the 90s that led to the production of the soil map of the country, since then there had been attempts to update that data, there are plans to undertake detailed soil survey.

“Recently, what was done was to update the existing information but we need to undertake a detailed survey to the scale of about one in 50,000, what is available now is a scale of one to 650,000 square meters”.

The Country Representative, Food and Agriculture Organization of the United Nations (FAO), Suffyan Koroma in his remarks, called for the adoption of reliable and proven soil conservation technologies to reduce erosion rates on farmlands.

“To achieve this require thorough evaluation of the various strategies for soil fertility improvement and soil conservation techniques in the country”, he said.

“Several studies have demonstrated that the soil removed by either water or wind erosion is 1.3 to 5 times richer in organic matter than the soil left behind. This is not good for our mission to achieving food security in Nigeria.

“Every five seconds, the equivalent of a soccer pitch is eroded globally, affecting soil fertility as well as global food security and safety. As the world population expands, the need for enhanced awareness to tackle the concern is most desired”, Mr Koroma noted.

He assured Nigerians of the commitment of FAO to provide the technical assistance toward controlling soil erosion and environmental degradation in the country.