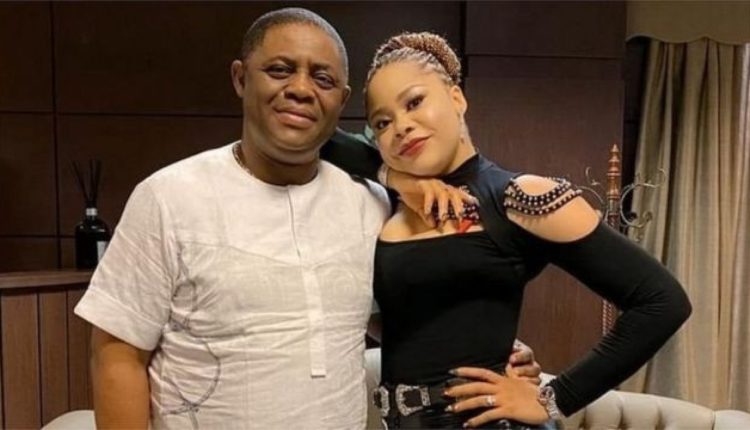 Precious instituted a fundamental rights enforcement suit against Fani-Kayode, the Inspector-General of Police (IGP), and his officers, claiming N800 million as damages.

Precious is demanding the N800 million as damages because of the role allegedly played by the respondents in intimidating and harassing her during the pendency of her custody suit.

Specifically, she is asking the court to restrain the IGP and his officers and men from intimidating and harassing her in any form pending the hearing and determination of her suit seeking the custody of her four children.

In a bid to clear his name, however, Fani-Kayode filed a counter-affidavit to her suit.

He asked the court to dismiss the suit for lack of merit and for constituting an abuse of the court process.

The former minister deposed that he had read the 23-paragraph supporting affidavit filed by Precious and that they were concocted and presented by subterfuge in order to mislead the court and frustrate the administration of justice.

“I know that the instant suit is nothing but a smoke screen intended to avoid the long arm of justice and to malign me.

“There is no merit whatsoever in this suit, which was filed in abuse of court and judicial process.

“It is in the interest of justice to dismiss this suit for lacking in merit.

On the alleged separation from her children, Fani-Kayode deposed that Precious opted to leave her matrimonial home and consciously abandoned the children.

“As a fact, it is not surprising that Precious is capable of such reckless abandonment, because whilst she was with me in the house, she employed 12 in-house nannies to cater to the children, excluding supervisors and nurses who equally attended to them.

“She did not at any time extend maternal care to the children, for the reason that she had a medical condition which deprived her of any filial bond with them,” Fani-Kayode further deposed.

The matter comes up for hearing at the Federal High Court, Abuja, on Wednesday.

Let’s go back to 1963 constitution for Nigeria’s progress, says Afenifere