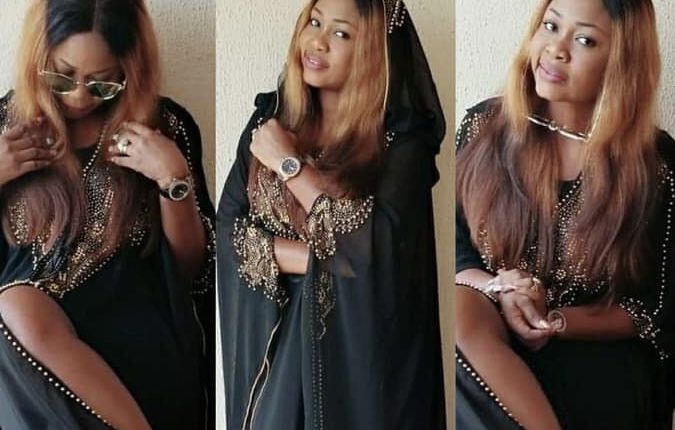 Three weeks after Mrs. Sharon Ojeifo, a mother of one was allegedly murdered by the wife of a police officer at a birthday party in uptown Benin, Mr. Richie Ojeifo, the distraught husband of the 33-year-old pregnant woman has accused the police of foul play in the conduct of investigations into the gruesome murder.

What was supposed to be a happy birthday organized by a police woman, Mrs. Beauty Ajilo degenerated into a push, then a shove and a fierce fight on February 5 following a heated argument over fish barbecue by the two women. Mrs. Ojeifo who was allegedly stabbed on the thigh by her enranged assailant died of her wounds at a local hospital where she was rushed to for treatment.

In deep distress, the widower who was dressed in black t-shirt and black jeans to match lamented that his wife was allegedly stabbed several times by the lady, Mrs. Ella Akinola, who is married to a police officer and bled to death.

According to him, the mother of one was delighted to make fish sauce and felicitate with the celebrant. However, she had a scuffle at the party and bled to death on the way to a nearby hospital.

He said that he never had any premonition of the death of his wife on that fatefulday. She was in a very happy mood when she woke up on February 5 and headed to the market to buy ingredients for fish sauce for the celebrant who invited them to the birthday bash.

Richie, 32 who spoke in company of friends and family members explained that after his wife finished preparing the sauce, she pleaded with him to accompany her to the party.

Almost in tears, he explained that while the party was still on, his brother called on the phone to inform the wife that he was on the way to their house for a visit.

Far from the maddening music, he went outside to talk to the brother on his mobile phone, pleading with him to tarry for a while as they will soon be home.

After the call, he went inside to join the celebration. What he saw almost made his heart skip a beat as there was bedlam. His wife and the policeman’s wife, a mutual friend to the celebrant were yelling at each other and before he could intervene, he saw different objects flying in the air as people scamper for safety.

Richie said: “I noticed that my wife and a woman, Mrs. Ella Akinola were having an argument and they threw objects at each other. I quickly rush in to separate them, and took my wife away from the party.”

Happy that he was able to separate the two amazons with fire in their eyes, he was about walking down to where he parked his car and zoom off when the pregnant wife reminded that her gold wedding ring was missing.

He insisted that she wait so that he could go search for it but a piercing scream drew his attention. When he turned back, he saw his wife resolute nemesis grabbing and tearing at each other in another round of rough fight.

He continued: “Before we left, she told me that one of her wedding rings was missing.  So, I told her to wait let me go and get the ring. She also told her nephew who was in the party with us that he should go and get my daughter from where she was watching cartoon with the celebrant’s kids.

“While searching for my wife’s wedding ring, the celebrant threw chairs and tables, cursing that they (the two women) have spoilt her party. Suddenly, I heard a scream and turned back to see my wife and the woman she quarrelled with earlier, struggling. I rushed to the scene to take my my wife away, and took the broken bottle away from the woman’s hand. Thereafter, I noticed my wife was bleeding from her thigh and collapsed.

“I rushed her into the car and drove to a nearby hospital. As the doctors were trying to attend to her, she asked after my daughter. She managed to say ‘Richie I love you’ before she gave up.”

He added, “The woman followed us to the hospital and complained that my wife also stabbed her on her back, and I apologized to her while trying to save my wife. My wife had three stab wounds.”

The widower wailed that the police were yet to make any arrest and were apparently shielding the suspect as she is the wife of a fellow policeman.

He charged: “Ever since the murder, we have been going to the police state CID. No arrest has been made and the case has been going on at a snail pace.

“Fortunately, today (Friday) we were able to see the commissioner of police, and disclosed that they have started investigation and assured of speedy prosecution.”

Confirming the incident, the Edo State Police spokesman, Mr. Princewill Osaigbovo said the family of the deceased recently met with the Commissioner of Police, Mr. Ogbadu adding that the suspect has been arrested.

Osaigbovo, a deputy superintendent of police denied that the police refused to arrest the suspected killer woman because she’s the wife of a police officer.

He said: The suspect has been arrested and investigations are on. It is not true that the police refused to arrest her because she is married to a police man. There’s no cover up here. We’ll get to the bottom of the case.”

We exported onions to neighbouring countries to boost our sales, no link to Shasa crisis — Association president

Lagos govt to divert traffic at National Theatre, Marina for 7 months over rail…