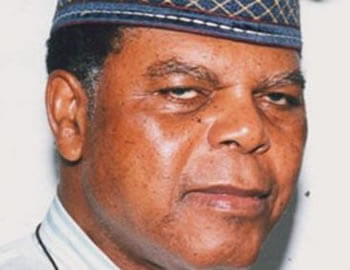 Family friends of late businessman, Mr Michael Ibru and other sympathisers on Wednesday visited the family of the deceased at their home in Ikoyi, Lagos to pay the last respect to the deceased.

Some of them arrived at the residence of the deceased as early as 9a.m. and were received by the late Ibru `s widow, Cecilia, one of his sons, Obaro, the deceased daughter –in- law, Helena and other family members.

The visitors, including Prince Lafor Olateru-Olagbegi, Mrs Kehinde Young-Harry, Mr Bolaji Arogundade, had signed the condolence register before meeting the family of the deceased to express their condolences.

Olateru-Olagbegi described the late businessman as a “colossus of our era“ who had made positive impacts on the society and many Nigerians.

Young-Harry, an in-law to the Ibru family, likened the passage of the deceased to the fall of an elephant, saying he had left a vacuum that would be hard to fill.

Another family friend, Mr Ajibore Olumide of Halogen Security, said the late Ibru was a man of many business interests.

He said that the entrepreneurial accomplishments of the deceased were almost unparalleled.

While saying he and all members of Halogen Security family would miss the deceased, prayed that God granted the family of the deceased the fortitude to bear the great loss.

Mr Abi Kuku and Mr Bolaji Arogundade, both family friends, described the late Ibru as a father who touched the lives of many while alive.

The News Agency of Nigeria (NAN)reports that Ibru, the patriarch of the Ibru dynasty died on Tuesday at the age of 85.

Born in 1930 at Agbarho-Otor in Delta, the late Ibru was an accomplished entrepreneur who made great strides in construction, shipping and trading.

His wife, Cecilia was a Managing Director of t

NGO to support FG with $10m in fight against HIV/AIDS, TB