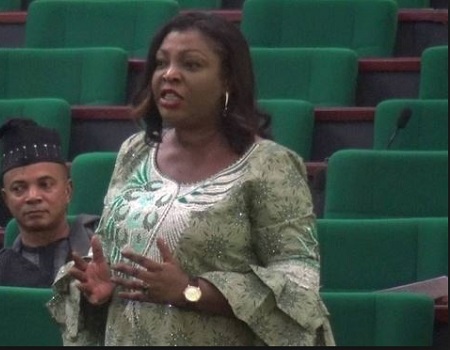 THE family of a member of the House of Representatives, Funke Deborah Adedoyin, has released programme for her burial.

Hon Adedoyin, until her death on September 28, 2018, represented Irepodun/Isin/Ekiti/Oke-Ero Federal Constituency of Kwara state in the National Assembly.

According to the programme signed by Prince Ayo Adedoyin and Mrs Funke Adepoju, a Service of Songs will be held for the late former Minister in her home State, Kwara state, on Tuesday, October 9, 2018, at the State Banquet Hall, Ahmadu Bello Way, Ilorin at 4pm by the Kwara State Government.

On October 11, 2018, a Wake Keep and Night of Tribute will hold at BICS Garden, Wole Olateju Street, Lekki Phase 1 in Lagos State at 4 pm.

The funeral service for the late businesswoman and astute politician will take place by 11 am on October 12, 2018, at RCCG, Pavilion Parish, Jide Obi Street, off Ligali Ayorinde Street, Victoria Island, Lagos.

Until her death, Adedoyin was the Deputy Chairman, House Committee on Army. She reportedly died in Abuja. Adedoyin also served as Minister of Youth Development and later as Minister of Health under the administration of former president Olusegun Obasanjo.

All set for burial of first female NAF Pilot in Abuja