Fame is a drug, celebrity is a cancer; how they ruined Majek Fashek

Entertainment
By Tribune Online On Jun 6, 2020 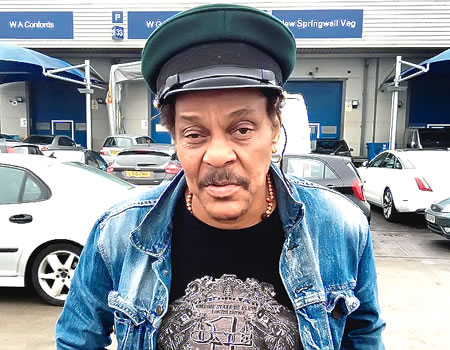 The second was Majek Fashek. 1991. He was followed by other Rasta greats like. Ras Kimono, Orits Wiliki, Evi Edna-Ogholi, Mandators, Peterside Ottong etc

Dean Disi, then PR manager of SONY Music wanted me to come to the office. The MD, Chief Keji Okunowo, invited me to a meeting.

I had produced Shina Peters ACE video for Sony. It caught like fire in the industry. The first musical video to be sold in the country… So Sony easily declared I will be producing videos of all their artistes.

It was at that meeting Majek Fashek was introduced to me.

Hitherto, Send Down the Rain was raving all over the country. But Tabansi records, the owners, could not rise to the occasion. So Sony snatched Majek from them. Actually Sony ‘tushed’ up Majek, buying him a Peugeot 505, new dresses, and contracted me to shoot a whole album video etc.

D-Day was set for the shoot after I had done a lot of location recce. I moved crew and equipment very early to Majek’s house at Oluwaleimu Street close to Oshopey plaza off Allen Avenue.

I was shocked Majek was still sleeping. The house was a 4- storey building so I hesitated climbing. I kept sending one of the crew up but he would not come out of the flat. I had to eventually climb the stairs. Olu the senior brother and Rita the wife kept apologizing to me as I sat the next two hours on a bench in the corridor on the balcony. Nobody was bold enough to wake him up. Even Randy, his very young son had to be playing with this stranger. I was livid.

After over 4 hours since we got there I suddenly heard the sound of the Aladura type bell sounding from the recess of the flat. Finally Majek emerged to me on the balcony and shouted “Repent for the Kingdom of God is nigh!!!”

I blew up shouting. I don’t work like this. Call time must be obeyed when I work and so on and so forth. He looked at me, flashed a mischievous smile and shouted Omo Ita Agbalagba! (rascally elder!).

Although his name was Majekodunmi, he did not speak or understand Yoruba, as he grew up in Benin. The way he pronounced it was part of the big fun. I collapsed in laughter. The ice was broken. And that was the way he would always salute me anytime we met for the rest of his life.

My immediate feelings today are the exciting times we had working together on a whole album videos. I remember the scenes on the lagoon by the UNILAG VC’s house where we were joined by Dede Mabiaku, apparently a very close friend of his. Two scenes stand out in my memory.

I had set up the UNILAG theater auditorium for the So Long Too Long track which I wanted to shoot as concert format. My friend Tunji Sotimirin facilitated the permission.

I had never seen him perform before and he was still at the elementary stage of his stardom. All cameras and lights were set for the stage. The band was ready. Amos Mcroy, Black Rice etc. I called ACTION! I didn’t see Majek emerge. Suddenly I heard the sound of the bell again from outside the hall and as he emerged ringing it and his hands in handcuffs, he was shouting REPENT FOR THE KINGDOM OF GOD IS NIGH!!! . It was a mad scramble to turn the cameras and lights round to catch the moment. That format of entrance he maintained as his entrance into any concert he did anywhere in the world throughout his career.

Let me digress. Years and years later, when Majek has achieved international fame and I began to hear of his substance abuse, I remember seeing him one day in traffic in Maryland. We stopped to greet and I asked why he was breaking down. He narrated to me how he had his first breakthrough which was a concert tour with Tracy Chapman in the US. On the first night of the tour he entered the hall from the back with his bell and in handcuffs. He narrated how Chapman ordered her security to stop him and remove the handcuffs. Saying as far as she was concerned the Blackman has broken the cuffs and are free. The sight of the cuffs to her was an insult to her psyche. Majek told me that disgrace affected his moral, self esteem, and it was the first night he had an overdose.

Anyway back to the video shoot. The most memorable sequence we had was for the track MOTHER – Oyoyo. Since the song was to honour his mother, I asked him to invite Mama from Benin for the shoot. Location was on the roof of the National Theater, with panoramic view of Lagos giving me a colorful backdrop.

It gave me an opportunity to see the other side, the most authentic side of Majek.

Stardom had crept into every breath of Majek. He would wake up in his house as if he was going into a concert hall with the bells jingling. He would have the most personal discussions with you talking patois/ pidgin but still maintaining celebrity affectation. However on the roof of the theater, in between takes, Majek will move close to his mother and lapse into very deep Benin language. He would exchange jokes with the woman in way you will know nobody on the face of earth bonded with him like his mother. With her, he was not a star. He was Mama’s boy.

Majek’s slide into the abyss was long and painful. It spread over 25 years or more. I have two vivid recollections.

It was at Lekki Sunsplash, Africa’s biggest concert in the sun, owned by Dapo Adelegan. Fela Anikulapo Kuti was the biggest attraction. Majek Fashek was the second. It was Fela’s tradition to move to the beach with his 27 wives two days to the concert. I was shooting the whole concert, so I moved my crew two days to D-Day getting candid shots of Felas life with the queens and interviews with him and his tribe (story of another day).

Concert day Majek was supposed to play before Fela. His band was all set but no Majek. Dapo Adelegan and his dynamic staff – Ali Baba, Kunle Onime etc if I’m not mistaken, were running helter skelter, sending various vehicles from Lekki to Allen Avenue to force him on stage.

Finally Majek came. Disoriented. His performance wishy-washy, forgetting even his lyrics. It was sad.

The last time I saw Majek was a couple of years ago at Chris Okotie’s church, Household of God. As I approached him, he squinted his eyes and when he finally saw through the haze he shouted OMO ITA AGBALAGBA!!!!

The man in front of me cannot be Majek. The teeth were mostly gone. The Rasta locks were all gone replaced by attachments. No way I would be 10 years older than this ancient man in front of me. My heart sank. Original Majek had a complexion of a half caste. His skin always shone like glass. It has all withered.

I didn’t want to write this eulogy because of the promise of sad memories overcoming the good ones. But I decided to write it to send a message to our current super stars in Nigeria.

Fame is a drug. Celebrity is a cancer, if you allow it to control you. As I write this I remember Tom Jones. Jimi Hendrix. Janis Joplin. Michael Jackson. Whitney Houston. Prince. Amy Winehouse and many who became idols, who became celebrated globally but who in the end succumbed to the drug named fame.

Beware of the most devastating cancer named FAME.

In conclusion, Majekodunmi Fasheke was a gift to the black nation. He was a gift to human consciousness. A first class musician and guitarist; our own rain maker. Drench them in heavens.

ELEWON (prisoner), the way we all call him, thanks for raising our consciousness.

Take off the hand cuffs now.

You are free forever!!!!

– Alabi-Hundeyin, MD/CEO of Dudu Productions published this tribute on his Facebook Page, on Friday.