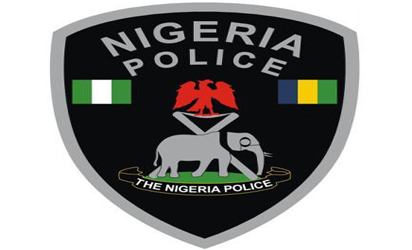 Police command in Kwara state has arraigned a land speculator, Peter Itopa Adogun, for allegedly practising as a legal practitioner in Ilorin, Kwara state for about 10 years, even appeared before justices up to the Supreme Court.

According to court records, the accused, who was arraigned before an Ilorin Magistrate Court on Wednesday, allegedly practised under the name of an Abuja based lawyer, Inufin David Taiwo.

The Nigerian Tribune gathered that Adogun was arrested by the police following a petition by the leadership of the Nigerian Bar Association (NBA), Ilorin Branch and was subsequently arraigned before Magistrate I.O. Olawoyin  on a five-count charge of false personation, resistance or obstruction  be a person of his lawful arrest or escape, using as genuine forged documents, fabricating false evidence and wearing or carrying token used by public servant contrary to Sections 179,172,366,158 and 133 of the Penal Code.

The accused, according to the First Information Report (FIR) on the case was arrested while hiding inside the roof of his house located along ‘F’ Division Police Station Road, Tanke, Ilorin on January 7, 2017, some few weeks after he had failed to honour an administrative bail granted him by the police.

According to the FIR, Adogun was practising with photocopies of a Certificate issued by the Council of Legal Education, dated March 27, 2007, a certificate of Call to the Bar, dated May 8, 2007 and a Bachelor of Laws Certificate of the University of Maiduguri, dated February 21, 2005 as well as an NYSC certificate dated March 5, 2008, all in the name of Inufin David Taiwo. He was accused of collecting the said certificates from its original owner under the pretence of helping him to secure a job in a popular oil company based in Ilorin, Kwara state.

“It was further revealed that the suspect has practised as a legal practitioner and appeared in several matters in all levels of Nigerian Courts up to Supreme Court with the adopted name ‘Barrister I.T. David’. The suspect has also prepared and signed several legal documents and court processes in the same adopted name.

“When the actual Barrister Inufin David Taiwo was contacted by the police investigator, he confirmed knowing the suspect as a land speculator in Abuja who was also a client at the law office where he observed his NYSC. He stated further that he actually gave the copies of his credentials to the suspect to assist him in securing employment and he is not aware that the suspect has been practising in his name with the photocopies of the documents. Investigation into the case revealed that the suspect is not a legal practitioner as he presented himself to be and he did not undertake any law programme in any institution”, the FIR stated.

Meanwhile, Adogun, who had been reportedly remanded at Mandala Prison since January 10, 2017 when the case first came up, was said to be sick and could not appear in court on Wednesday, a development that made Magistrate Olawoyin to order the prison authorities to treat him properly or take him to a medical facility to ensure he could stand his trial at the next  sitting.

In the meantime, the office of the state’s Attorney General has taken over the prosecution of the case from the police as the matter was adjourned to February 16, 2017 for further mention.

Outside the court premises, Chairman of Ilorin NBA, Mallam Manzuma Issa, said the association was poised to ensure only those who are properly qualified practice their trade in the branch, lamenting that the activities of impersonators had sometimes brought negative impression on the profession.

Police to make data of criminals available to other agencies