Real EstateProperty and Environment
By Dayo Ayeyemi, Lagos On May 31, 2022 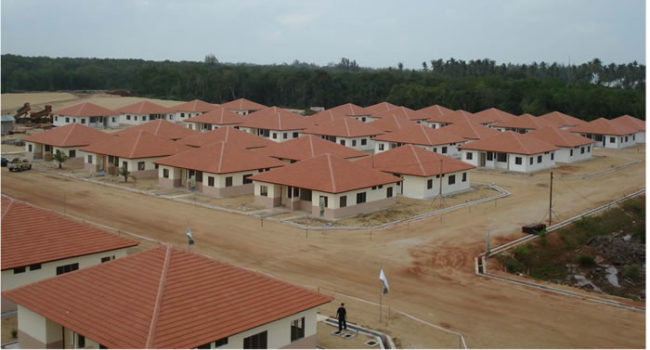 PERTURBED by the homelessness and housing needs among Nigerians, especially the urban poor, one of the experts in the sector and Director, Altair International, Olu Olanrewaju, has advocated the involvement of faith-based organisations in the provision of social housing in their communities.

According to him, these organisations should be key providers of social housing in Nigeria by deploying some of their resources to the building, management and maintenance of the project, similar to other faith-based institutions in the United States of America (US and the United Kingdom (UK).

Justifying the position, in his presentation on why faith-based organisations should do more to address social housing for urban poor in Nigeria, the Director at Altair International, said that lack of access to decent and affordable housing was a key contributor to poverty almost everywhere in the world, adding that the situation was not different in Nigeria.

He argued that millions of Nigerians lived in poor accommodation and in urban cities, in homes not fit for human habitation.

He said: “Earlier in the year at the successful Abuja International Housing Show, I suggested that faith-based institutions, individuals with significant wealth and other sector organisations, in addition to government and the private sector, should contribute to addressing this urgent crisis facing the country.

“Catering for the needs of the poor is central to the tenets of all religious groups. Why are Nigerian faith-based institutions not in the forefront of advocacy for the building of decent affordable homes for those in low income?

“Other countries in the world with lower number of religious followers have such institutions which have been the catalyst and major contributors to the delivery of affordable homes, and also played pivotal role as advocates of change,” he said.

Citing a case study of a church-led social housing group overseas, he stated that

L&Q, a housing association based in London, has operations across the South East, East and North West of England.

According to him, it was originally established in 1963 as ‘The Quadrant Housing Association’ by 32 people who invested £2 each to create the association, recalling that its original founder was the Reverend Nicolas Stacey who was a priest in the Church of England.

“In 1973 Quadrant HT merged with the London Housing Trust (formed in 1967), to create London and Quadrant HT (L&Q). Since that time, L&Q has grown exponentially through a mix of merger activities (the latest being Trafford Housing Trust in 2019) and new build development programmes.

Olanrewaju stated that the group played a significant role in tackling housing need in the UK, noting that this would not have occurred, had there not been initial backing from a church of England priest and other individuals with a drive to support those in need.

For this concept to work in Nigeria, Olanrewaju said it would require more detailed feasibility study, but that the idea is premised upon large faith based institutions deploying some of their resources which could be in form of land, cash to build homes for social rents which would be rented to those in bottom end of the income pyramid.

He said: “Over time if they develop a good track record managing the homes by collecting income due, ensuring low voids and adequate maintenance of the homes, the rental income could be securitized, and money raised in the capital markets to fund expansion.

“The funding from the private sector complements the resources provided by the faith institutions.”

According to him, there was no reason why the institutions could not start with a programme of 100 homes a year, pointed out that the rate of production of homes over five years would produce 500 homes.

He added that with the demonstrable record of good management of portfolio, further capital to supplement the church investment or to replace investment could be raised from the capital markets.

Housing sector failed to grow with the population rate —Experts

Expert to govt: Define housing affordability in terms of people