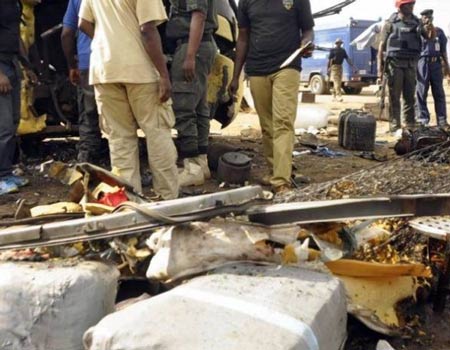 The Police Command in Borno has confirmed the killing of a suspected suicide bomber after a failed attack at the University of Maiduguri on Saturday.

Mr Victor Isuku the spokesman of the command stated this in a statement in Maiduguri.

“Today at about 1000 hours, a lone male suicide bomber detonated explosive strapped to his body.”

“The bomber had taken cover in a ditch within the neighbourhood of the University of Maiduguri (UNIMAID) Children Secondary School, at the eastern end of the campus.”

“The bomber sighted security personnel coming towards the direction of his hiding place and hurriedly detonated his explosive, killing him only,” Isuku said.

He said that the police had already cordoned off the place and rendered it safe.

“Police anti bomb team were promptly dispatched to the scene to sanitize and render the area safe. Normalcy has since been restored,” he said.