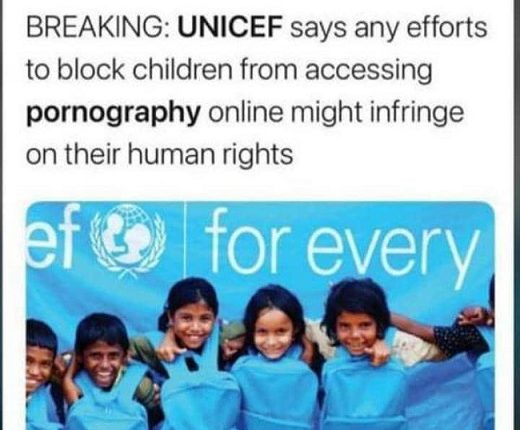 VERDICT: MISLEADING! UNICEF in its report explained that though there are different kinds of risks and harms that have been linked to children’s exposure to pornography but there is ‘no consensus’ on the ‘degree’ to which pornography is harmful to children.

FULL STORY: A Twitter user, Anitabook.com (@JackPosobiec), on May 31, 2021, tweeted a report from an online medium, C-fam.org, which claims that the United Nation’s International Children’s Emergency Fund (UNICEF) report says pornography is not always harmful to children.

His tweet was accompanied by a caption saying: “BREAKING: UNICEF says any efforts to block children from accessing pornography online might infringe on their human rights.” 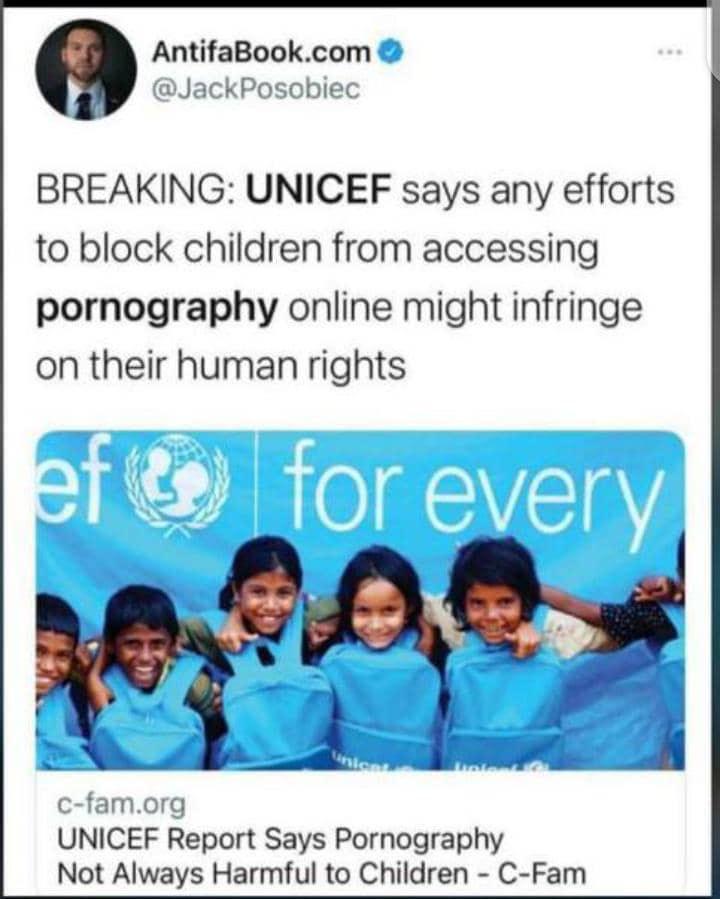 Checks by Dubawa show that the report was hinged on an April 2021 report published by UNICEF.

The report titled “Digital Age Assurance Tools and Children’s Rights Online across the Globe” explores the relationship between children’s rights, business and the Internet.

WHAT UNICEF REPORT ACTUALLY  SAID ON PORNOGRAPHY AND CHILDREN

The report reads in part; “Access to pornography at a young age is linked with poor mental health, sexism and objectification, sexual aggression and other negative outcomes.

“The evidence suggests that some children appear to be harmed by exposure to some kinds of pornography at least some of the time, but that the nature and extent of that harm vary. There is conflicting evidence regarding how many children worldwide are accessing pornography online, and how often.

UNICEF also notes that its conclusion is based on an online study from 19 European countries which claims that most children who saw sexual images online “were neither upset nor happy, ranging from 27 per cent in Switzerland to 72 per cent in Lithuania; between 10 per cent and 4 per cent were fairly or very upset, and between 3 per cent of children (in Estonia) and 39 per cent (in Spain) reported feeling happy after seeing such images.”

UNICEF further explained that in Europe, restricting children’s access to certain kinds of pornography online is generally considered a legitimate aim by governments, whereas in the US, this is seen by the courts as an infringement of constitutional rights to freedom of speech, while in many other countries, pornography is entirely illegal.

Checks show that UNICEF has taken down the report from its website and has replaced it with an edited report. 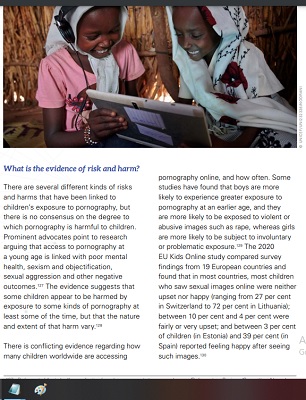 A screenshot of UNICEF’s report

It, however, didn’t state that any efforts to block children from accessing pornography might infringe their human rights, thus making the claim misleading.