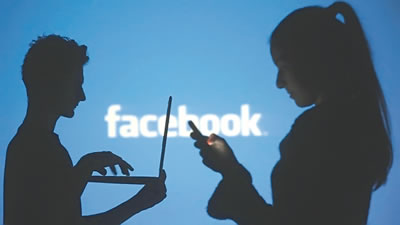 Following the rollout of its COVID-19 Information Centre, Facebook is now driving access to information about climate change on the continent.

The social media giant has made available its Climate Science Information Centre in Sub-Saharan Africa, starting with Nigeria and South Africa.

According to the company, the centre is already available in 16 countries, connecting people on Facebook with resources from the world’s leading climate change organisations.

Modelled on the Facebook COVID-19 Information Centre, the climate centre is accessible via Facebook with the aim to connect people to accurate, expert advice and information about global developments that affect their lives.

“The Climate Science Information Centre offers facts about climate change and actionable steps people can take in their everyday lives to combat climate change,” the company said in a statement.

Along with expanding the centre, Facebook also disclosed that it is improving it. The centre now includes a section that features facts that debunk common climate myths, including facts such as how the carbon dioxide in the atmosphere harms the earth’s plant life and how polar bear populations are declining because of global warming.

To debunk the myths with current and specific facts, Facebook said it has brought in climate experts from George Mason University, the Yale Programme on Climate Change Communication and the University of Cambridge.

Facebook Head of Public Policy for Africa, Mr Kojo Boakye said: “We can only address climate change if we all work together on a global scale.”

We are taking important steps to reduce our emissions and arm our global community with science-based information to make informed decisions and tools to take action. We hope with these efforts that we can continue helping to inspire real action.”

3 Ways To Use WhatsApp on Your PC

More than half a billion 5G subscriptions expected by 2021—Report