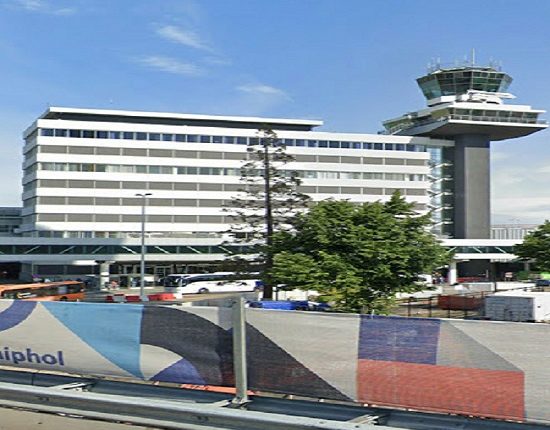 Share
The Federal Airport Authority has reinstated its commitment to securing security and safety in Minna international Airport in Minna, Niger State Capital.

The  Manager of Minna International  Airport,  Alhaji Ahmed Adamu Abubakar stated this during the marking of the FAAN  safety week at the premises of the Airport on Wednesday.

The Safety  Week according to Alhaji Adamu,  were being observed simultaneously around all airports in Nigeria.

Alhaji Ahmed who said the Airport  Safety Week was an initiative of the Airports Council International, ACI- Africa Region which holds every  September in all countries across Africa, noted that Minna Airport is observing it for the first time.

“The initiative adopts an inclusive approach by involving all internal and external stakeholders whose activities impact on safety directly or indirectly with the aim to promote and improve our safety culture by sharing experiences and knowledge”, Adamu added.

The Minna  Airport Manager said Minna Airport has redesigned its safety measures in compliance with health-related issues and other measures to avoid unforeseen circumstances.

The Manager, who said  Minna airport is marking the safety week for the first time, advised staff to always be cautious and on alert, said  Safety has remained key and must be observed across the airport.

He maintained that  Minna airport is making efforts in maintaining security and safety within the airport internal and outside public.

” We maintained cordial relationship with our neighbouring community for proper safety and security measures as well as within all sectors of the airport’.
.
“We educate people both our staff and visitors to the airport on the usage of the various safety facilities in the airport, from the use of reflective jackets, airport markings, existing points at the terminal building and other related issues.

“We extend our campaigns to the communities around the airport on the safety and security issues needed in the airport, through community relations meeting with the local leaders closer to the airport perimeters”, he stated.

The Guest Speaker, an Aviation Safety expert, Mr Carfo Bako Philemon, while analysing different safety measures for staff and other stakeholders, advised the staff of the aviation industry to always be calm and think safety whenever they are within the airport.

Mr Bako who further advised the management of the Airport on the need to install detectors and fire alarms in every angle of the airport for onward prevention of possible disasters mentioned that designated safety assembly, fire drills should be organised regularly for staff to be alert for unforeseen circumstances.

Meanwhile, Procession and Cleaning Sanitation activities were organised by the staff of the Federal Airport Authority Minna across the airport as part of the aviation safety week.