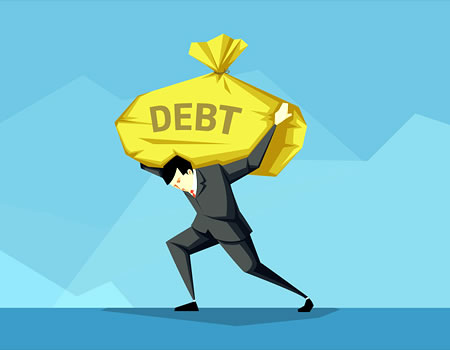 Total external debt of low- and middle-income countries climbed 5.3 per cent to $7.8 trillion in 2018, according to the World Bank.

As of December 31, 2018, the Debt Management Office put the total external public debt of Nigerian federation at $22 billion.

In a statement from Washington, the Bank explained that while net debt flows (gross disbursements minus principal payments) from external creditors tumbled 28 per cent to $529 billion, the World Bank’s International Debt Statistics 2020 shows.
Although on average the external debt burden of low- and middle-income countries was moderate, several countries have been on a deteriorating debt trajectory since 2009, the report indicates.

“Debt transparency should extend to all forms of government commitments, both explicit and implicit. Transparency is a critical part of attracting more investment and building an efficient allocation of capital, and these are essential in our work to improve development outcomes.”

Debt stocks were driven up by a 15 per cent jump in China, fueled by investor appetite for renminbi-denominated assets.